How Facebook and LinkedIn Algorithm Changes Are Hurting Digital Businesses

If you’re an entrepreneur who uses social media to make money, you need to read this. 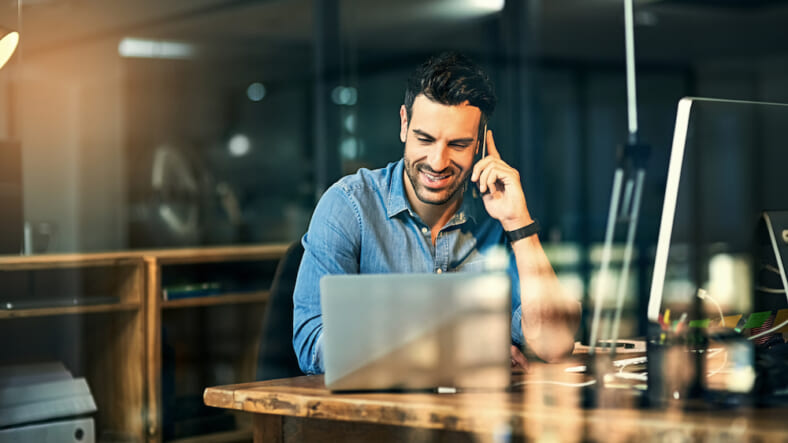 On March 1st of this year, Facebook published an algorithm change.

This is something that Facebook, along with virtually every other tech platform in existence, does on a regular basis. It should have been a routine event. But Facebook’s March 1st update made waves in the online business community, and it highlights a painful reality for the future of online marketing.

Facebook’s update prioritized content from friends and family members in users’ news feeds. This seems innocuous, but it wrought havoc in the world of Facebook content publishers. Many of these publishers rely on Facebook and other social networks as a primary, or even sole, source of traffic and revenue. According to Forbes, even large media sites like Vice.com rely on social media for upwards of 50% of their desktop traffic. For smaller publishers, that figure is likely to be even higher.

So when Facebook pushed their “friends and family” update, it blew a hole in the traffic numbers of these publications. Overnight, publishers saw their exposure and engagement nosedive. One publisher even blamed the algorithm change for driving them out of business.

If this seems like an isolated incident, it’s not. Ben Lee, tech influencer and cofounder of the digital development agency Rootstrap, is living proof.

When Lee started to use LinkedIn seriously, he only had a few thousand followers. His intention was to grow his LinkedIn presence and use it as a source for inbound leads to his development agency. Lee’s company builds mobile apps, websites, and other digital products for clients ranging from early-stage founders to Fortune 100 enterprise companies, so LinkedIn seemed like a natural place to find founders and CTOs who need those services.

What he didn’t realize is just how successful that strategy would be.

Within 90 days of ramping up his LinkedIn presence, Lee had accumulated more than 85 million views on his content. His posts now regularly receive millions of views and thousands of engagements, and his follower count is nearly 40,000.

Lee, along with other top B2B marketing influencers like Josh Fechter, found a way to game LinkedIn’s content algorithm. By testing post types and engagement, they created a unique style of writing that checked every box for the kind of content that LinkedIn wanted to show its users.

They optimized their content for mobile by using single-line paragraphs, which avoids large chunks of text that are difficult to read on a phone screen. They kept their content concrete and drew on salient personal anecdotes, which drove engagement among readers. And they created posts with inspirational, business-focused content, which is exactly what LinkedIn users wanted to see on the network.

Add to this the fact that at the time, the LinkedIn platform was still developing and hungry for user-generated content, and this informal group of influencers had found the recipe to reverse engineering the content algorithm. Known jokingly among themselves as the “LinkedIn Mafia,” they used their algorithm hack to grow massive followings on the network in a matter of months.

But this wasn’t just a popularity contest. It was big business.

“One day we looked at the data and noticed 90% of our leads came from LinkedIn,” explains Fechter. “We tripled our efforts on the platform which helped us bootstrap our business from 0 – 26 employees in eight months along with several million dollars in ARR. The majority of that came from LinkedIn.”

“One of my more popular LinkedIn posts brought in 263 inbound leads, five of which converted, all for free – that’s something we’ve spent tens of thousands of advertising dollars to generate in the past,” Lee explains. “The cost savings have been jaw-dropping, and that content continues to pay dividends.”

Lee and his cohort seemed like the kings of LinkedIn. But then, everything changed.

What Goes Up Can Always Come Down

One day, Lee logged into his LinkedIn profile and found his traffic throttled.

“It was dramatic. One day the strategy works, then the next my engagement had dropped by 90%,” Lee explains.

LinkedIn had changed their algorithm.

The writing style that Lee and his contemporaries started had become increasingly popular on LinkedIn, growing to the point of saturating users’ news feeds. In fact, the format became so popular that it spawned a round of online media coverage that declaimed it as “broetry.”

It’s impossible to say for sure, but Lee thinks the media firestorm sparked the algorithm change. “They’re the only professional social network,” he explains. “They really can’t have their brand associated with something that people are calling ‘broetry.'”

Whatever the cause, though, the change was drastic. Just like Facebook publishers after the March 1st update, Lee saw a major source of traffic and revenue dry up literally overnight.

If LinkedIn had been his only source of revenue, it could have caused a serious crisis for his business. Instead, he sees it as a lesson.

Never Base Your Business on an Algorithm

For Lee, the turbulence on LinkedIn illustrates why no one should rely on a single platform for success:

“What all this makes clear is that no matter how big you get on a social network, you really don’t own that traffic. You’re still relying on them for your business, and if they wake up one day and decide to tweak a variable in their algorithm, you’re screwed.”

For marketers and entrepreneurs who want to safeguard against these kinds of catastrophes, the lesson is clear: do everything you can to control your revenue sources. Capture email addresses, build out your own marketing automation, and move as much traffic as possible to outlets and channels that you own and control.

Equally important, follow the golden rule of investment: diversify. You would never put your life savings into one stock, and the same concept applies to traffic and revenue. The more you can spread your traffic sources, the safer your business will be.

Algorithms can be a powerful asset in growing a business, but they can pose a threat just as easily. While Facebook and LinkedIn may seem like permanent parts of the Internet, the truth is that they’re changing every day. If you’re relying on social media traffic to stay profitable, you’re leaving yourself at the mercy of those changes.

Like it or not, this is the new reality for online businesses. The Internet has developed such that many organizations rely on channels held by a single corporation—Facebook, Google, LinkedIn, etc.—for their revenue. That’s a good thing in so far as it creates new opportunities for businesses to reach massive audiences. But it also means every business owner has to be prepared for the landscape to change at the drop of a hat.

The online world has opened up massive opportunity for entrepreneurs everywhere to create and scale businesses out of thin air. But as with any new frontier, it comes with its own unique threats and challenges.

Facebook and LinkedIn’s recent algorithm changes—as well as their effect on publishers—are far from anomalous. They’re the new normal.

If you’re an entrepreneur looking to survive in the new digital business landscape, there’s only one way forward: anticipate them, prepare for them, and adapt.

Austin Smith is an LA-based freelance writer covering tech, culture, and everything in between.