This should have been filed under, “don’t go there.” 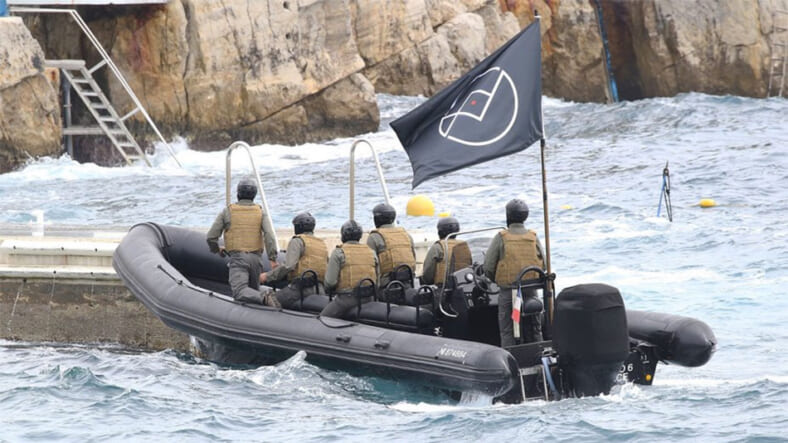 Wealthy guests at Cannes’ upscale Hotel du Cap Eden-Roc had a terrifying Friday the 13th, thanks to a misguided attempt at guerrilla marketing. According to the Guardian, the luxurious surroundings were roiled by the arrival of what looked for all the world like an assault coming from the sea. It wasn’t what it seemed at first, though:

The ‘attack’, which was in fact a stunt by a French internet company, happened yesterday, Friday the 13th. Six men in matching helmets and military-style utility vests approached the hotel’s dock via boat, before one of them began marching up the steps towards frightened guests. . .

The stunt was the brainchild of Paris-based Oraxy, reported the Hollywood Reporter. Oraxy’s target market, according to its website, is “Ultra High Net Worth Individuals.”

While the Hotel du Cap certainly caters to that clientele, Oraxy clearly knew they’d made a bad decision, a spokesperson telling the Hollywood Reporter that the act “was definitely not planned to look like a terrorist attack” and the company’s owners “feel very badly about it. It wasn’t meant to frighten people.”

Fortunately the disruption caused by the alarming incident was pretty minimal. The lesson here is probably that nine times out of ten, grim-looking men in black balaclavas may not be the best ambassadors for your brand.