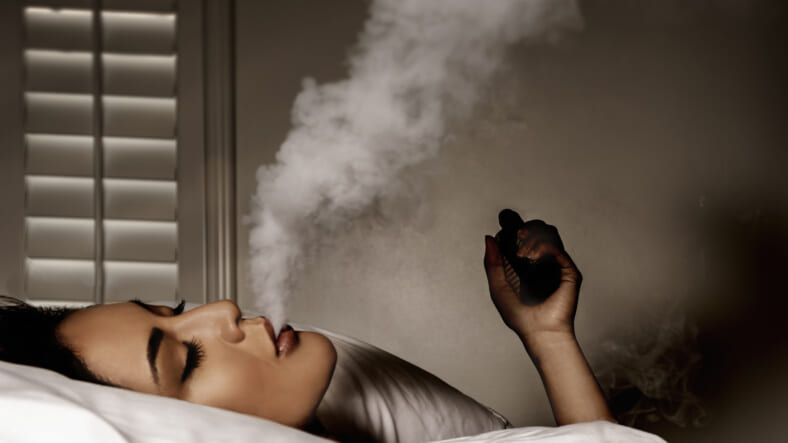 With its growing popularity, vaping has become so popular among teenagers that the FDA has officially declared that it’s reached “an epidemic proportion” and announced that it’s shifting the focus of its anti-tobacco campaign “The Real Cost” from cigarettes to vaping.

With the tagline “Know the Real Cost of Vaping,” the FDA is coming out with social media posts, online ads and interactive websites, and posters to be hung up in school bathrooms to warn these young JUUL-lovers about the dangers of nicotine addiction and the potential health risks associated with vaping.

E-cigarettes have become an almost ubiquitous – and dangerous – trend among youth that we believe has reached epidemic proportions. This troubling reality is prompting us to take even more forceful actions to stem this dangerous trend, including revisiting our compliance policy that extended the compliance dates for manufacturers of certain e-cigarettes, including flavored e-cigarettes, to submit applications for premarket authorization.

The new campaign we’re announcing today seeks to snap teens out of their ‘cost-free’ mentality regarding e-cigarette use with powerful and creative messages that reach kids where they spend a lot of their time: online and in school. In particular, these compelling prevention messages will be displayed in high school bathrooms, a place we know many teens are using e-cigarettes or faced with the peer pressure to do so.

This anti-smoking campaign is reminiscent of D.A.R.E., a.k.a. Drug Abuse Resistance Education, which is basically the anti-drug program that doesn’t exactly work…so who knows if this campaign is going to do anything. Considering the fact that millennials literally vape Tide Pods despite clear warning labels emphasizing how dangerous it is to ingest laundry detergent, I’m not entirely hopeful.

And while vaping might be a less harmful alternative to smoking regular cigarettes, but it’s still not good for you. It’s always the healthiest option to inhale clean, normal air instead of a mango-flavored JUUL pod, but you do you.

“Even as we consider the potential benefits of innovative tobacco products and the role that some such products may play in reducing harm to current adult smokers, the FDA won’t tolerate a whole generation of young people becoming addicted to nicotine as a tradeoff for enabling adults to have unfettered access to these same products,” Gottlieb said.