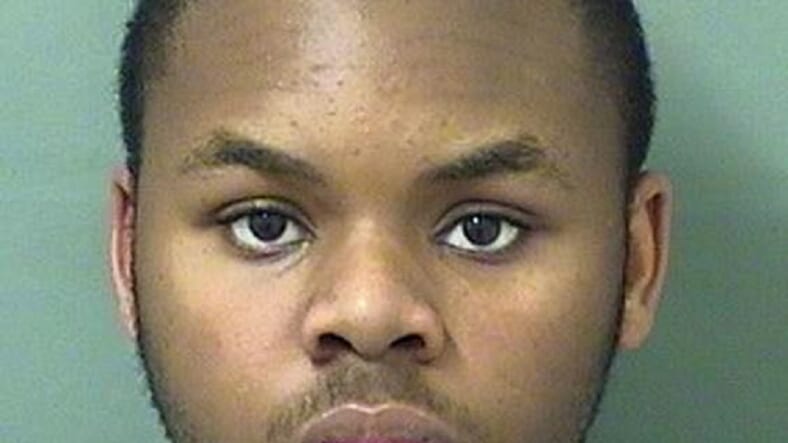 In the 2002 film Catch Me If You Can, Leonardo DiCaprio played real-life con artist Frank Abagnale. Between ages 15 and 21, Abagnale, a kind of fraudster child genius, pulled off cons masquerading as a pilot, an attorney, a professor, and — for nearly a year — a physician. In case you think there aren’t still young guys out there willing to pull off similar scams, you haven’t heard of the recently arrested Malachi Love-Robertson. Robertson, age 18, has been charged by the Palm Beach Sheriff’s Office (PBSO) with “Practicing Medicine Without a License.”

In a Facebook statement published Tuesday, the PBSO indicated they’d been acting on complaints that the doctor with a medical practice at in West Palm Beach “was presenting himself as a medical certified doctor.” They set up a sting, sending an undercover agent in as a patient.

The undercover went through a full “exam” and received “medical advice” before police moved in and arrested the teen.

All of this would be Florida-levels of whacky as it is, but this wasn’t even the first time Love-Robertson was arrested for playing doctor, reported the New York Times:

Last October, he was arrested after he was accused of spending about three weeks practicing medicine without a license at New Directions, a treatment office specializing in addiction recovery, in Boynton Beach, Fla., Mr. Dalton, the spokesman for the Florida Department of Health, said.Mr. Dalton added that the teenager was also taken into custody as a minor in January 2015 after he spent several weeks walking the halls of St. Mary’s Medical Center in West Palm Beach wearing a lab coat and a stethoscope, an episode reported at the time by The Palm Beach Post.

Robertson may actually believe he isn’t doing any harm. The Times  noted previous reports on his impersonations in which his mother said he had “an illness” for which he refused medication.

If Robinson’s illness is mental, it hasn’t prevented him from paying enormous attention to detail. His New Birth New Life Medical Center & Urgent Care website appears perfectly legit at first glance, though a close read of his bio reveals that it doesn’t really say anything. He also initially presented himself incredibly smoothly on TV, maintaining his composure even as he was led away in handcuffs, telling a reporter he was “hurt because of the accusations and the allegations, but like I said, this is not the first time where I’ve been accused and I will pursue this, and when I do, you guys will know.”

Love-Robinson’s composure fell apart in an interview with ABC’s Good Morning America, however.

It looks like Malachi Love-Robertson might want to look up Frank Abagnale, now a respected security consultant, and see if there’s a way to turn this crazy train around before it rolls right over him.