It’s the first time the SEC has charged someone for hyping an initial coin offering on social media. 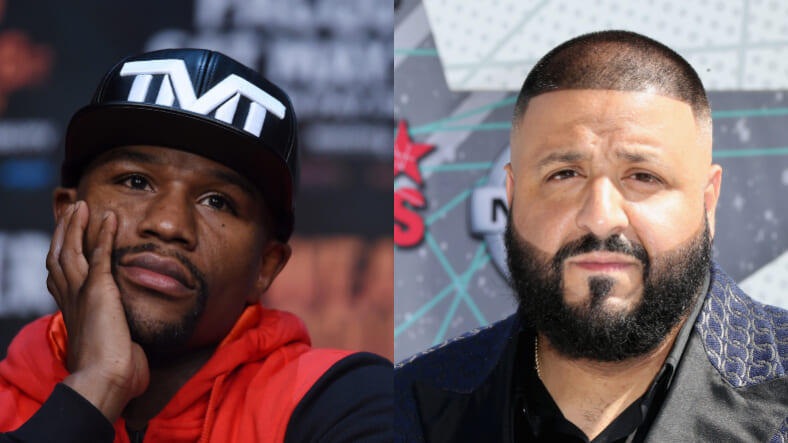 Floyd Mayweather and DJ Khaled have settled cases brought by the Securities and Exchange Commission alleging that they failed to disclose payments they had received to promote initial cryptocurrency coin offerings (ICOs) on social media.

Mayweather and Khaled agreed to pay multiple fines that have a combined total of more than $750,000. Which won’t exactly break the bank for either the former world’s highest-paid athlete or the superstar music producer, but it’s still plenty steep.

A press release from the SEC describes their transgressions and punishments.

Centra has been charged separately by the SEC for an allegedly fraudulent initial coin offering. Watch Khaled promote the crypto company’s wallet app below.

As part of their settlement, Mayweather and Khaled agreed not to promote any securities, including digital ones, for three and two years, respectively.

The case is a something of landmark in the world of cryptocurrency, as it’s the first time the SEC has brought charges against individuals for promoting ICOs.

“With no disclosure about the payments, Mayweather and Khaled’s ICO promotions may have appeared to be unbiased, rather than paid endorsements.”

“Investors should be skeptical of investment advice posted to social media platforms, and should not make decisions based on celebrity endorsements,” added Enforcement Division Co-Director Steven Peikin.

“Social media influencers are often paid promoters, not investment professionals, and the securities they’re touting, regardless of whether they are issued using traditional certificates or on the blockchain, could be frauds.”