These Are the Actual Foods That Lead to the Most Foreplay 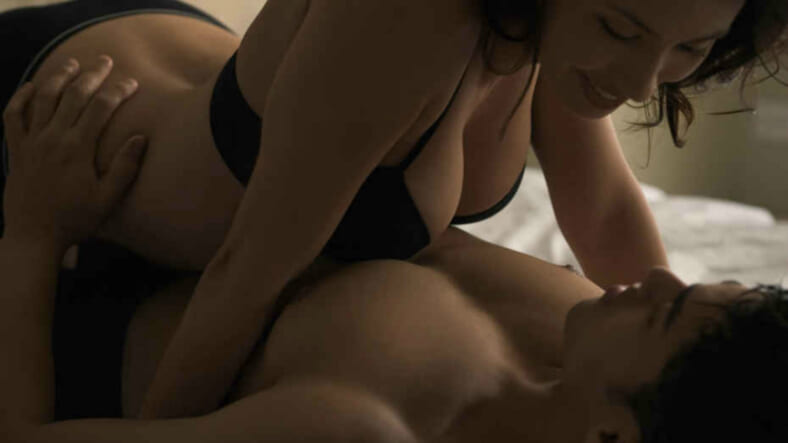 We’ve all heard the generic catalog of aphrodisiac foods over and over again from basically every website in existence. Oysters, chili peppers, chocolate, avocado, blah blah blah. Old news!

But do you know the foods people actually eat to get the mood? Because apparently, most couples skip the oysters and chocolate, and opt for something just a little different than traditional aphrodisiacs to turn their partner on.

According to a survey conducted by Eat24 of over 2,000 Americans, the most common “aphrodisiac” foods people woo their lovers with are actually these calorie-packed favorites: pizza, ice cream, pasta, fries, burgers, and wings.

Why? Because America. And because pizza, ice cream, pasta, fries, burgers, and wings are goddamn delicious.

“People usually associate oysters with getting frisky,” CEO of Eat 24, Mike Ghaffary, said in a press release. “But I think we all can agree eating pizza on the couch is way more relaxing. Plus, since you’re already on the couch anyway…” Ooh, naughty!

But while all those greasy foods may be hella tasty, they tend to make a lot of people gassy and sluggish, which might make the sex subpar, to say the least. Letting out a gentle poot with each thrust might not be the hottest sex move you can employ, and the accompanying heartburn is just an added bonus. Like I said, not exceptionally sexy.

The survey also asked people which songs they like to put on during foreplay, and their answers were really, really cliche. Like, so cliche it hurts. So this is where it gets kind of weird:

The number one song couples got frisky to was “I’ll Make Love to You,” by Boyz II Men, followed by Whitney Houston’s “I Will Always Love You.”

There you have it, folks. Now you know greasy drunk food leads to sex, and the cheesier your music choice, the better.

You learn something new every day.