And it’s not her first time being accused of domestic abuse, either. 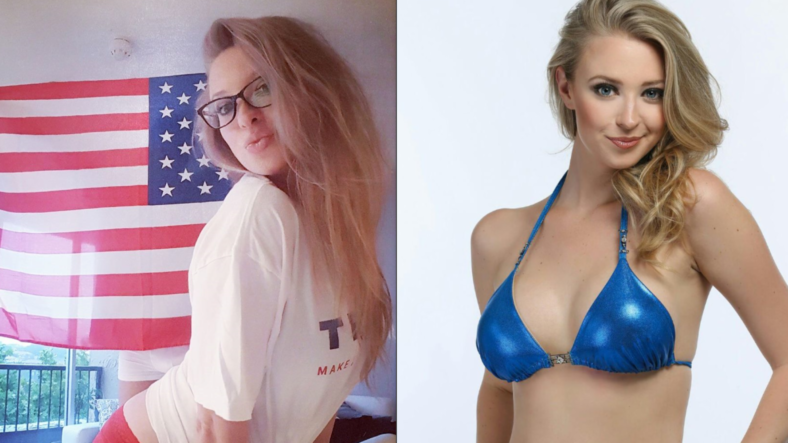 We all know the saying “heavy lies the crown,” but did you know that it can make you go absolutely batshit?

Such appears to be the case of Miss USA Virginia queen Brittany “Nikki” Poteet, who appeared before a Downing Centre local court in Sydney, Australia to face charges that she had assaulted her boyfriend.

She allegedly attacked her 29-year-old her boyfriend Wade McKenzie on December 16, causing him bodily harm. He’s since taken out an apprehended violence order, the Australian equivalent of a restraining order, against Poteet.

What’s particularly noteworthy about this debacle it’s far from the first time Poteet has had a run-in with the law, The Daily Telegraph reports.

“In March 2013, Richmond County, Virginia police arrested Ms Poteet following a dispute with her ex-boyfriend, James McElroy, NBC news reported. Charged with misdemeanour assault and battery. Ms Poteet faced a Richmond court in May 2013. When prosecutors asked Mr McElroy what had happened, he said he couldn’t remember and the judge dismissed the charges.”

While it may appear that Poteet has a penchant for bringing domestic violence cases wherever she goes, she also has been the point of other controversies.

Following her 2013 court appearance, she was forced to relinquish her Miss Virginia USA crown after, among other things, she posted a picture of herself to Facebook captioned “Miss Alcoholic USA.” Yikes.

And the unfortunate cherry on top of this shit sundae is that in 2011, Poteet’s former roommate Derek Powell accused her of attacking him, physically threatening his boyfriend and friends and calling them homophobic slurs. According to Think Progress,  she “kneed [a] person, ripped the door off of a family heirloom, and ‘downgraded people based on their physical appearance and economic status.'”

Despite having a double degree in biomedical and nuclear science and an obviously beautiful appearance, it seems that the former Miss USA beauty queen just can’t stay out of trouble.