Turns out people are happier AND more productive if they only work four days a week. 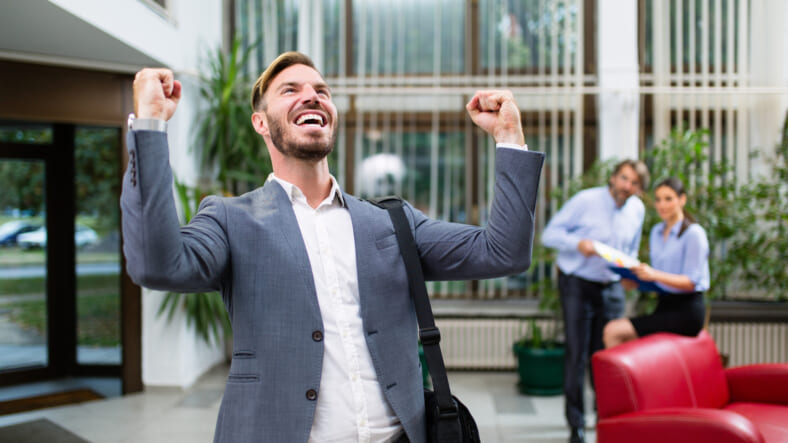 We all know that we’re not very productive or happy when we’re tired and overworked, and usually, by the time Friday rolls around, all anyone can think about is getting off work and enjoying the weekend.

That’s exactly why an increasing number of companies are shifting to the four-day week, because companies that have already shortened their weekly work days are seeing higher productivity, more motivation, and happier employees.

Knowing these benefits, Jan Schulz-Hofen, the founder of a small Berlin-based management software company called Planio, began implementing a four-day work week in early 2018. “It is much healthier and we do a better job if we’re not working crazy hours,” she says.

Furthermore, New Zealand insurance company Perpetual Guardian apparently saw a decrease in stress and an increase in staff engagement when they tried out a shorter work week of 32 hours, and in Japan, the government is actually encouraging a “take Monday mornings off” method…though most companies aren’t allowing it.

The Trades Union Congress (TUC) in Britain is attempting to get the entire nation to introduce the four-day week by the end of the century, because “It would reduce the stress of juggling working and family life and could improve gender equality.

With that said, we can only hope the U.S. will also start adopting the four-day week at some point. Just think about it – after a long weekend where you have either Monday or Friday off, how do you feel when you get back to work? Happier than you’d be if you only had a normal weekend, right? Right.

On the other hand, if you work late a few nights a week and are on your computer until you finally pass out with your lights still on, you most likely feel drained and close to burnout, kind of like how you did cramming for finals in college, if you’ll recall.

“People are starting to take a step back from the 24-hour digital life we have now and realize the mental health issues from being constantly connected to work,” says Lucie Greene, a trends expert at J. Walter Thompson.

For those reasons, there was widespread disapproval when tech genius and billionaire Elon Musk tweeted: “nobody ever changed the world on 40 hours a week.”

There are way easier places to work, but nobody ever changed the world on 40 hours a week

But then again, Musk is also notorious for getting very little sleep, which is downright awful for your health (and productivity). He admitted to working insane 120-hour weeks, and told the Times: “It’s not been great, actually. I’ve had friends come by who are really concerned.”

The four-day work sounds like a better deal to me.