Ja Rule Held a ‘Luxurious Music Festival’ in the Bahamas, and It Was a Total Disaster

People were stranded without food and water. 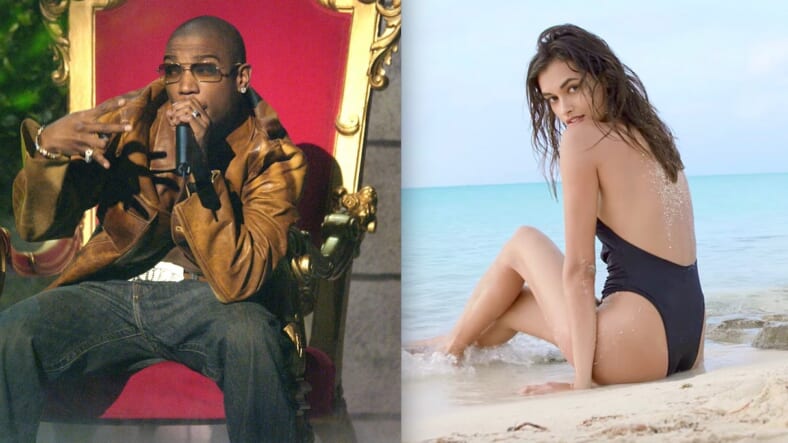 A music festival that was touted as “the next Coachella” has descended into a hellish disaster—the EDM equivalent to Lord of the Flies.

For God’s sake, Kendall Jenner even advertised it on social media!

But when festival goers, some of whom paid up to $250,000, arrived Thursday night, all hell broke loose. The festival grounds appeared to be still under construction, the promised luxury accommodations looked more like “FEMA tents,” and the “gourmet food” looked like this…

The dinner that @fyrefestival promised us was catered by Steven Starr is literally bread, cheese, and salad with dressing. #fyrefestival pic.twitter.com/I8d0UlSNbd

A view of the luxury food court with some luxury school bus transportation at Fyre Festival. #fyre #fyrefestival pic.twitter.com/XL3PtRw8q0

Stuck at #fyrefestival trying to leave for the last 8 hours. barley any food or water or security or electricity pic.twitter.com/jHPMnJw5gx

This is how Fyre Fest handles luggage. Just drop it out of a shipping container. At night. With no lights. #fyrefestival pic.twitter.com/X5CdZRyJWo

@USEmbassyNassau Help I'm at the #fyrefestival and all my stuff has been stolen. My passport is gone. Wallet gone. What do I do?

To give you some perspective, here is how the festival was promoted.

Festival goers were stranded for the night with no music and limited water, food or shelter. Fights reportedly broke out over resources, but it could have just been because Blink-182 pulled out at the last minute.

Fyre Festival promptly apologized for the mishap Thursday night and then announced the festival had been “postponed” on Friday morning.

We're currently working through the unexpected start to #FyreFestival. Thank u for bearing with us as we attempt to accommodate guest needs

Due to unforeseen and extenuating circumstances, Fyre Festival has been fully postponed (con't)

“We are extremely disappointed in the way the events unfolded yesterday with the Fyre Festival. We offer a heartfelt apology to all who traveled to our country for this event,” the Bahamas Ministry of Tourism said in a statement.

“The event organizers assured us that all measures were taken to ensure a safe and successful event but clearly they did not have the capacity to execute an event of this scale. A team of Ministry of Tourism representatives is on the island to assist with the organization of a safe return of all Fyre Festival visitors.”

Festival goers who live tweeted the event appeared to have made a safe landing back in the United States.

We just landed in Miami. We have the conch. Fyre Fest is dead. #fyrefestival pic.twitter.com/hnnnDJCai4

But the implications of the disaster go beyond customer grievances. The festival was heavily advertised by “social media influences,” like Kendall Jenner, Bella Hadid and Emily Ratajkowski, which calls into question whether influencers know what they are actually signing off on promoting.

Ja Rule, whose name, somehow, gave this festival a veneer of credibility, should face the brunt of the outrage.