“This is a vicious cycle that has been going on for far too long.” 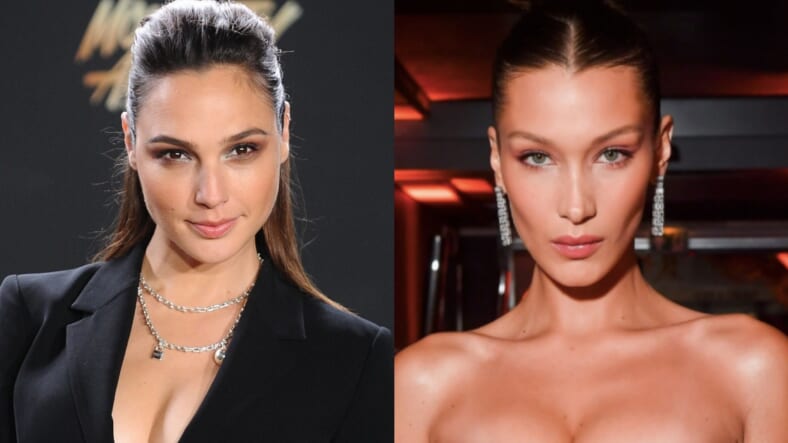 Celebs think about social and political issues as much if not more than the non-famous. But they are pretty much tap-dancing into a minefield online when they do. Wonder Woman star Gal Gadot and supermodel Bella Hadid were just reminded of this the hard way after they commented on the rapidly worsening tensions between Israel and Palestine.

Gadot posted her statement as an image on Twitter. It read:

My heart breaks.My country is at war. I worry for my family, my friends. I worry for my people. This is a vicious cycle that has been going on for far too long. Israel deserves to live as a free and safe nation. Our neighbors deserve the same. I pray for the victims and their families. I pray for this unimaginable hostility to end, I pray for our leaders to find the solution so we could live side by side in peace. I pray for better days.

Some might read this as a pretty neutral statement for an actor whose bona fides for playing a superhero included time in the Israel Defense Forces (IDF). While some praised Gadot, the overall backlash to her comments prompted her to shut off the ability to reply to her post.

Just a handful of tweets characterize what Gadot faced in response to her statement:

If some people are waiting for Gal Gadot to say something other than "Israel deserves to live as a free and safe nation," it will be a very long wait for those people.

It’s sad that in your message of peace and hope you couldn’t even bring yourself to say ‘Palestinians’. @GalGadot pic.twitter.com/VNU9uhyPjT

This has been the worst violence in the region since 2014. As the BBC reports, while tensions have remained, they escalated quickly in April, sparked “initially by weeks of Israeli-Palestinian tension in East Jerusalem which led to clashes at a holy site revered by both Muslims and Jews. This [spiraled] into an incessant exchange of Palestinian rocket fire and Israeli airstrikes.”

The latest reports on the new violence say 83 Palestinians and seven Israelis have died so far.

Bella Hadid, whose real estate developer father is from Palestine, also weighed in with an Instagram post.

“Future generations will look back in disbelief and wonder how we allowed the Palestinian suffering to continue for so long,” she wrote in part, “A human tragedy unfolding right in front of our eyes.”

“Politicians stutter neutral words in fear of being reprimanded,” Hadid continued, “whilst the world remains silent to avoid offending the wrong people.”

Comments on her Instagram were almost uniformly positive, but Hadid was accused of anti-semitic sentiments elsewhere on social media and in the press:

Alright, now that Bella Hadid is posting straight up anti-Semitic propaganda I have zero problem with providing, ahem, a photographic explanation of the above tweet. pic.twitter.com/dRp3MHfhSH

The multi-millionaire Hadid sisters LOVE posting about Palestinian rights and oppressive Israeli regimes while at the same time lounging on Israeli beaches!

Just another example of hypocritical activism used to vilify Jews.

While the backlash to Gadot’s statement has been more intense, there’s no doubt Bella Hadid rattled some cages as well.

As of Thursday afternoon hostilities continued, with the Washington Post reporting that Israel had “readied at least three brigades of troops for action in the Gaza Strip, raising the prospect of a ground invasion.”

In the end, celebs with a vested interest in one side or the other of this conflict are taking a chance if they speak out regardless, as it is inevitable that there will be very little gray area in the responses now that social media plays such a huge role in politics in general.