The star of ‘Willa Wonka’, ‘Blazing Saddles’ and ‘Young Frankenstein’ will be sorely missed. 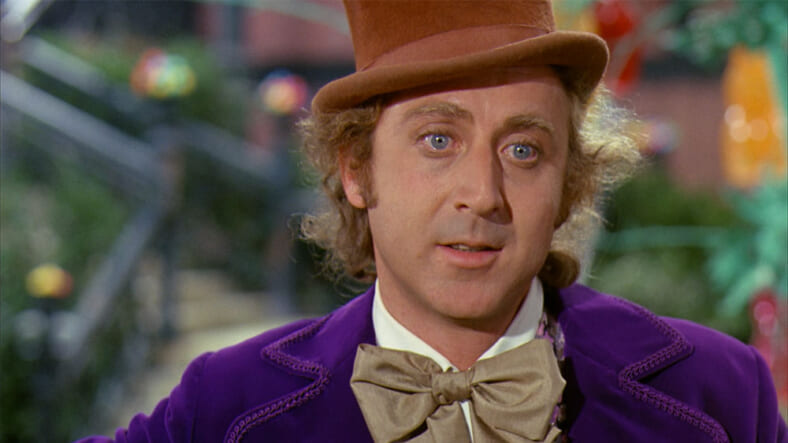 The brilliant Gene Wilder, star of classic comedies like Willy Wonka & the Chocolate Factory and Blazing Saddles, died on Sunday in Stamford, Connecticut.

Wilder was best perhaps best noted for his work in Willy Wonka, but a list of the multi-talented performer’s accomplishments could fill a book. In the 60s, when he was still performing in dramas such as Arthur Miller’s Death of a Salesman and even a small role in the Warren Beatty and Faye Dunaway crime drama Bonnie and Clyde, Wilder met director and screenwriter Mel Brooks.

Brooks and Wilder joined in an informal movie-making partnership that ended up defining comedy in film in the 1970s.

After he’d made Chocolate Factory in 1971 Wilder starred in Brooks’s Young Frankenstein and Blazing Saddles, both huge hits that together with his turn as Wonka made him a true comedy superstar.

In 1984 Wilder married SNL alum Gilda Radner and they were together until her death from ovarian cancer in 1989. Wilder later helped to create the Gilda Radner Hereditary Cancer Program at Cedars-Sinai in Radner’s memory.