WATCH: A Rare Look at a Real Sea Monster

The Kraken has been released. 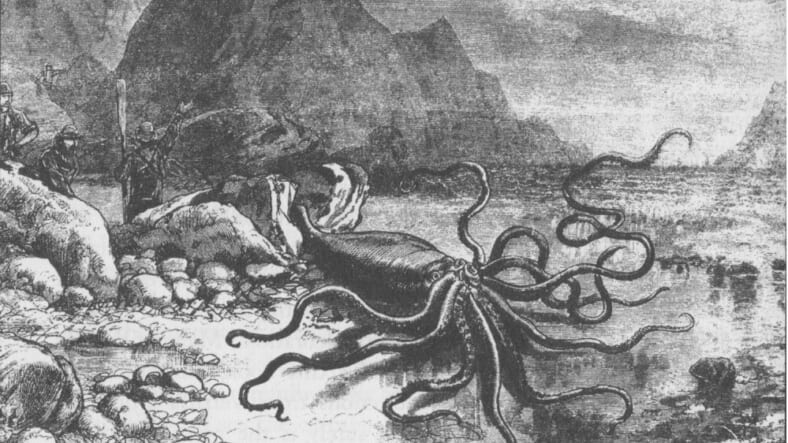 The giant squid may grow up to 43 feet in length, but the creatures are pretty rare–so rare, in fact, they were once thought to be a myth. A recent video made under the waters of Japan’s Toyama Bay, however, seems to show giant squids are both real and pretty spectacular.

Citing Japanese reports, Motherboard reported the stately creature was captured on video on Christmas Eve, 2015, by a submersible camera roaming beneath boats moored in the bay.

Thing is, this could just be a baby, where these types of squid are concerned. Giant squids could even reach a length of up to 60 feet in the depths of the ocean, big enough to take on other epic sea creatures, like the whale shark.

And that’s a battle we’d stand in line to see, should it ever make it to video.