And it has yet to be identified. 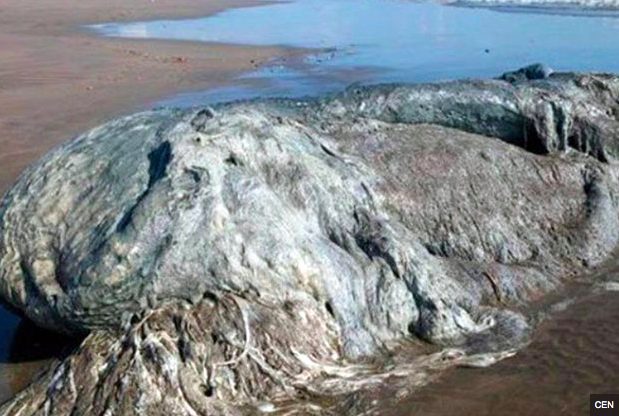 It seems almost every day a new creature rises up from the depths, ruling our nightmares. This week is no different.

A mysterious four-meter long (13ft) beast was washed up on a beach in Mexico on thursday, stunning beach-goers. They found the decomposing body on Bonfil Beach, in the city of Acapulco, in the south-west Mexican state of Guerrero. The news, as Mirror reports, immediately went viral on social media, and the sea-creature’s photos were shared thousands of times.

As people speculated about the creature’s origin—with hypotheses ranging from a giant squid or whale to an alien and Earth’s potential overlord—Mexico’s Coastal Guard officials had no idea what type of animal that was either.

Further proof it is never safe to go back in the water.