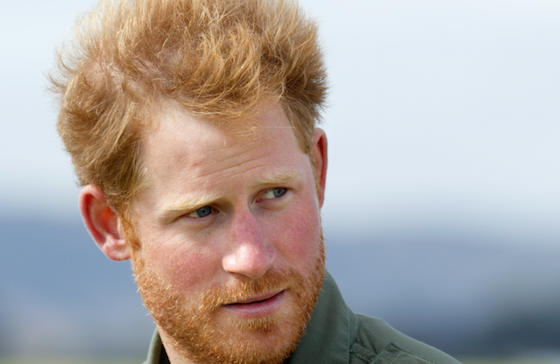 Gingers are people who happen to have reddish, flame-colored or bright auburn hair. That’s it. They are not demons. They are not degenerates. They are not sex maniacs or vampires. (Never mind what you read in the Malleus Malleficarum, that best-selling 15th C. treatise on witches.)

Remarkably, prejudice against redheads has not only persisted for millennia, it’s actually grown in recent years, especially in the UK, where people have been beaten, stabbed, harassed and relentlessly bullied over their hair color and some have called for such treatment to to be classified as a hate crime.

South Park infamously satirized this prejudice in its famous “Ginger Kids” episode and several follow-ups. Unfortunately, the point was evidently too nuanced for certain blonds and brunettes, who took the show as inspiration for a whole new round of ginger bashing.

Given all that, perhaps it’s no wonder that a ginger might finally resort to violence to defend his beleaguered minority. Mark Colborne, a 37-year-old Englishman, has been detained indefinitely for plotting a terror attack inspired in part by, well, red rage.

“I want my legacy to say that I fought a one-man war against the capitalist regime,” Colborne wrote in a journal. “I want them to see my transition from poor red-haired victimised minority that is constantly walked over to a fully transformed military terrorist striking at the hearts of the bigoted tyrannical rulers and of course the dark haired dark eyes Caucasian race.”

According to The Guardian, Colborne planned to assassinate Prince Charles with a sniper rifle in order to make Prince Harry king. He also bought materials that could be used to produce cyanide and spouted all sorts of racist nonsense, noting his affinity for Norwegian right-wing extremist killer Anders Brevik. Fortunately, Colborne’s plot was uncovered by his half-brother, who alerted authorities.

Colborne is thought to be mentally ill (obviously), beyond which he clearly suffers from a poor understanding of the British royal family’s line of succession. Harry is currently fifth in line for the throne, following the Queen, Prince Charles, Prince William, and Will and Kate Middleton’s two children, Prince George and Princess Charlotte, both babies who should not be assassinated under any circumstances and whose hair color is likely to change as they grow older.

Nonetheless, we heartily agree that Harry would make a very entertaining monarch. And as unhinged, racist and ill-informed  as Colborne may be, he had a point about anti-ginger prejudice. If only he’d made his case not through violence but via YouTube, like Michael Kittrell, aka CopperCab, still history’s greatest campaigner for ginger acceptance.