Google’s New App Lets You Buy Stuff with Your Phone

…while it’s still in your pocket. 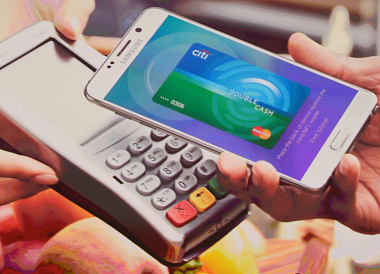 Roughly nine months after launching Android Pay, this week Google announced an apparently unrelated mobile payment system called Hands Free.With the Android or iOS app running on your phone, you simply tell the cashier “I’d like to pay with Google,” they verify your identification and you’re on your way. No need to take your phone (or for that matter, anything else) out to pay. In other words, it’s easier than cash, plastic or even current tap systems.Before scaling it up for mass consumption, they’re doing pilot testing with patrons at McDonald’s, Papa John’s and other local establishments in San Francisco’s South Bay area. And to encourage folks to pay with Hands Free, Google’s offering an automatic $5 discount off your first purchase.

From a technological standpoint, the way it works is: a combination of sensors on your phone determine if you’re near a participating store, you signal the cashier with the above catch phrase and also give your initials, then they confirm it’s you based on a profile picture you’ve loaded into the app. (They’re also experimenting with in-store cameras that’ll take automatically disappearing photos a la Snapchat.)It seems like a viable system that balances convenience and security. Though having all those sensors (Bluetooth, Wi-Fi, location) always active on your phone will definitely take a toll on its battery. But hey, the future of commerce can’t wait for stuff like that. And don’t worry, we’ll always keep you posted on the latest charging technology.