This fool had it coming… 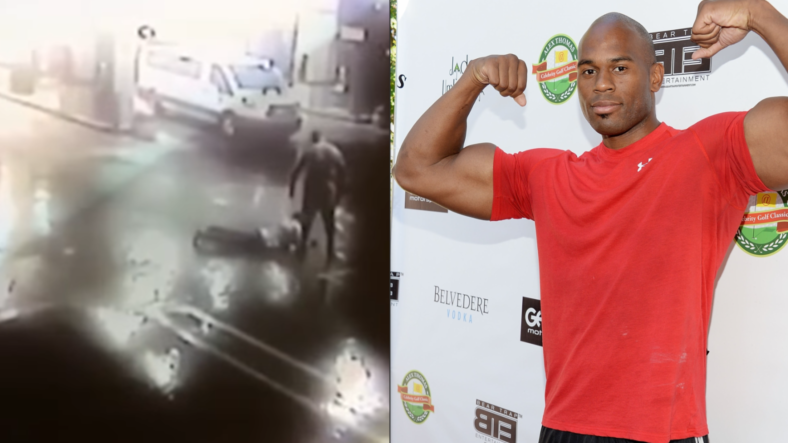 A wannabe beer bandit tried to get some free brews, but ended up getting viciously body-slammed outside a Florida gas station.

According to the police report, the foolhardy Felix then lifted his shirt to reveal what appeared to be a semi-automatic handgun.

That turned out to be a huge mistake, as Gaspard, who has also worked as a bodyguard for P. Diddy and Britney Spears, proceeded to easily disarm the man.

The store’s surveillance footage shows the former member of “Cryme Tyme” tag team grab Felix’s neck and forcefully ramming him through the door and into the parking lot.

Gaspard told WSVN that he was trying to “knock him out” as he slammed him into the door.

Once outside, Gaspard then took the would-be robber down with what looks to be a chokeslam, and kept him pinned until police arrived.

Gaspard also found his “weapon,” which turned out to be a toy that broke in his apparently very strong hand.

Felix was charged with robbery and is currently being held on $10,000 bond.