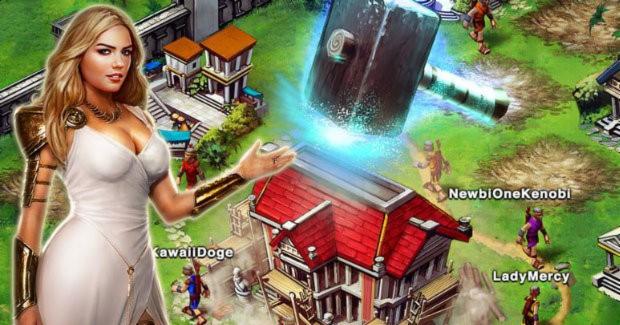 If you thought that 29-year-old law student who spent $1 million of fraudulently withdraw cash on cocaine, cars and strippers was insane, this latest swindler puts him to shame in the questionable purchases department.

Over a seven-year period, a California man named Kevin Lee Co made hundreds of unauthorized charges to his employer’s credit line, which over time allowed him to rack up nearly $4.5 million in stolen money from the company. Not so cool, right? But what’s truly mind-boggling is that he spent nearly a quarter of those funds on in-game purchases for the Kate Upton-promoted video game Game of War.

If that game happens to ring a bell, it’s because you probably recognize it as the mobile strategy game that runs those sexy-but-nerdy commercials featuring Upton as a medieval princess. Here are a couple examples to jog your memory.

Death and Taxes gives the specific details that led to this dude’s downfall:

According to The Washington Post, the man also made the type of purchases you’d expect from those who find themselves unexpectedly endowed with large sums of cash—luxury cars, season tickets to see the Sacramento Kings and the San Francisco 49ers, a membership at an exclusive golf club and even plastic surgery.

But most people, us included, will never understand how anyone could spend such a ridiculous amount of money on a video game. But Co will have plenty of time to think about exactly what went wrong, as he could be facing up to 20 years in prison according to a plea deal that ultimately resulted in the 45-year-old pleading guilty to one count of wire fraud and one count of money laundering.

Those in-app purchases really are a bitch, huh?