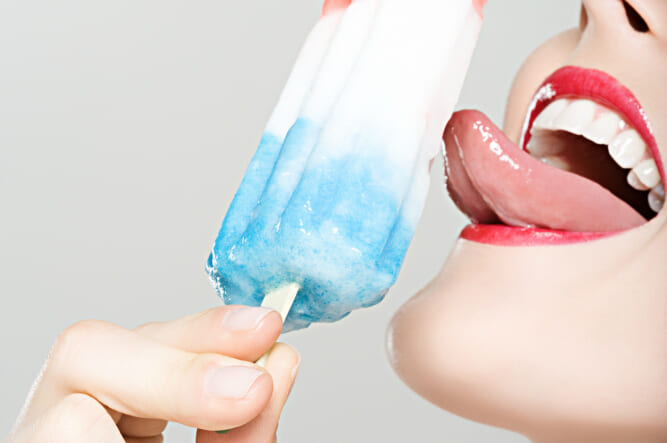 Here in the United States, we like to cure our hangovers by popping Advil, devouring greasy food, and drinking bloody marys. Pretty standard stuff.

Though it may seem like we’ve got this whole hangover thing solved, we don’t. Want to know why? Because over in South Korea, there’s a popular ice cream bar that’s proven to cure hangovers.

The grapefruit flavored popsicle is called the Gyeondyo Bar, which literally means “hang in there.” So not only does it taste delicious and soothe your booze-wracked body, but it also offers sweet encouragement to your hungover soul.

According to a press release by Withme FS, the convenience store that came up with the idea, the name of the frozen post-bender treat is meant to express “the hardships of employees who have to suffer a working day after heavy drinking, as well as to provide comfort to those who have to come to work early after frequent nights of drinking.” They clearly know what’s up.

The popsicle contains 0.7% oriental raisin tree fruit juice, which is scientifically proven to lessen the effects of alcohol. The juice is also cited in a 17th century Korean medicine book as a powerful hangover remedy, so you know it’s gotta be legit.

Unfortunately, this frozen relief-on-a-stick is only available in South Korea, but not to worry. There are plenty of hangover remedies you can try without having to cross the Atlantic.