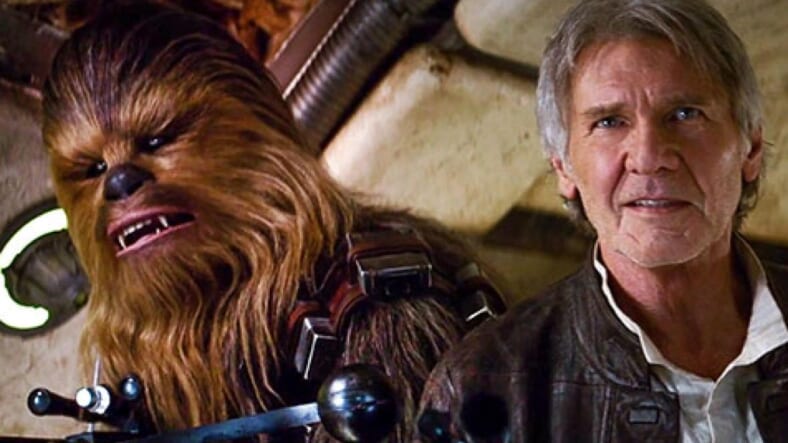 It turns out Han Solo’s run in with his estranged son Kilo Ren in The Force Awakens wasn’t the only deadly encounter Harrison Ford had on the Star Wars set.

This week, the production company behind the blockbuster sequel has admitted the 74-year-old was nearly killed during filming. By the Millennium Falcon, no less!

It was in June 2014 when Ford was on the U.K. set of the iconic spaceship, reprising his role as everyone’s favorite space smuggler, when he was knocked over the nearly crushed by a hydraulic door, which broke his leg. He was airlifted to a hospital in Oxford.

“The door came down and hit me on my left hip because I was turned to my right,” Ford told British talk show host Jonathan Ross in December while promoting the movie.

“And then it flung my left leg up and it dislocated my ankle and as it drove me down to the floor, my legs slapped on the ramp up to the Millennium Falcon and broke both bones in my left leg.”

“It could have killed somebody. The fact that it didn’t was because an emergency stop was activated,” the British prosecutor said.

We’re so glad he came out of it OK! But we’re still super pissed off about Han’s death.