Salute Our Hero Veterans with These Heartwarming Holiday Videos 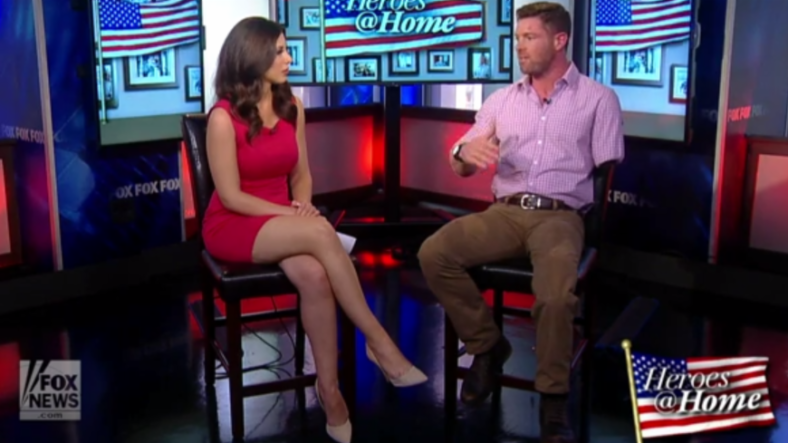 No matter how dysfunctional your family is—and trust us, we know dysfunction—chances are you’ll be happily spending the holidays with them this year. Unfortunately, some of our men and women in uniform aren’t so lucky. Many brave military members are deployed overseas, far from their loved ones, while others who have returned home are living with the battle wounds of war.

Fox News Digital reporter (and former Maxim model) Diana Falzone has spoken to several military veterans this past year for her series “Heroes@Home,” which explores both the sacrifices of serving and how veterans continue to strive post-deployment.

Falzone, who created the series, told us, “’Heroes@Home’ is reminder to the rest of us of what our brave men and women are currently enduring, or have endured, to protect our freedom.”

The 33-year-old host says that there have been many impactful stories, like Purple Heart Recipient Noah Galloway, the former Army soldier who lost his left arm and part of his lower left leg during an IED attack in Iraq.

He persevered to become a motivational speaker and participant on Dancing with Stars, but it was a visit to a New Jersey family’s home that showed the gritty reality of life post-deployment.

She also interviewed Specialist Gabriel Texidor, who served in the Army for five years. Falzone recounted this particularly meaningful interview for us:

“He had been deployed in Iraq for a year in 2009 when he was struck by a roadside bomb. While he suffered physical injuries, his post-traumatic stress was even more difficult to overcome. He has four young children and is unable to work, so his wife Callie has been holding it together as he tries to overcome his PTSD.

“But one thing that bonded the family, and makes Gabriel happy is taking his 3 ½ year old son, Bubba, to karate class. It was awesome to see this little boy run into his father’s arms after class. They both couldn’t stop smiling.”

Falzone added that Texidor, along with other veterans, don’t want much from us except for a “simple thank you for their service.” So, while you’re with your (admittedly weird) family this holiday, take a moment to think about those in the military that don’t get that opportunity.