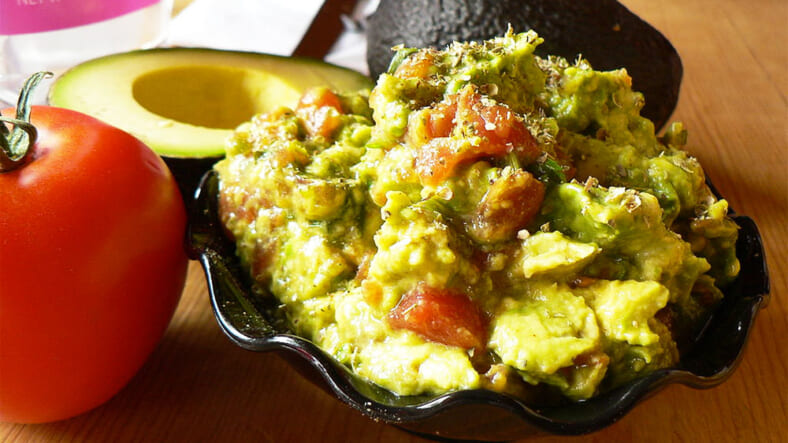 Time to start hoarding your favorite brand of guacamole in whatever way you can. Due to intense heat and dry, windy weather, many of California’s avocado crops may be in danger.

A dire report in the LA Times indicates avocado growers in places like Temecula have been experiencing temps as high as 117 degrees Fahrenheit and high winds. According to the Times, these present “a potentially devastating combination for avocado groves planted in sandy soil.” The wind coupled with the heat rapidly siphons all the moisture from ground.

While no one is ready to say “rest in peace” to California’s avocados—which make up about a quarter of the avocados sold in American markets—California Avocado Commission president Tom Bellamore did tell the LAT that “at this point, we’re uncertain if there is a loss or not to next year’s crop.”

Any effect on Cali’s crops may not truly be felt until 2017, reports the LAT:

The biggest effect of last week’s heat storm may be on next year’s crop. Jeanne Davis of Coyote Growers was nearing the end of her Hass season when temperatures climbed up to 113 degrees on her 6-acre Fallbrook orchard. While the blast may not affect this year’s farmers market sales, she is concerned about next year.“We’ve been here for 25 years, and this has never happened before,” she says. “There will probably be a minimal amount of avocados for next year because we think that some of the flowers didn’t make it.”

The real danger in an avocado shortage is obviously the fact it would inevitably lead to a guacamole deficit. This could theoretically disrupt volatile gatherings like Super Bowl parties, causing potential eruptions in drunken violence as that good green stuff runs out and party-goers are left with only nacho cheese.

We’re saying we hope the summer grows kinder to California’s avocado groups very soon, as who knows what violence may come if there’s not enough guac to go around.