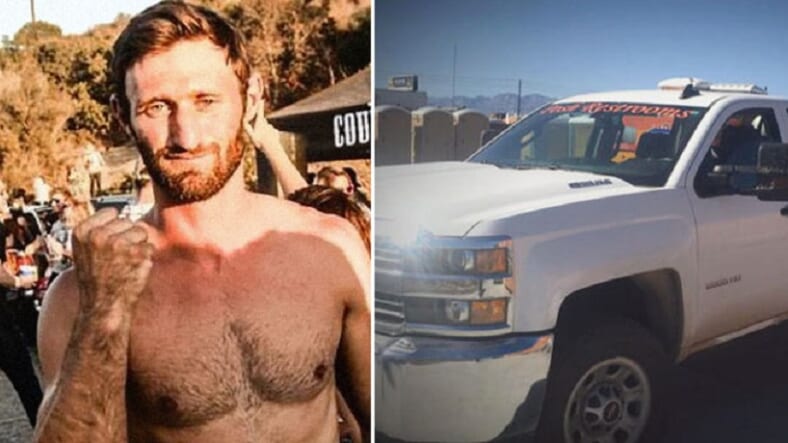 The worst mass shooting in modern American history was a living nightmare for thousands of concertgoers, but it was also a moment when some stepped up and embodied exactly what it means to be a hero.

“People started scattering and screaming and that’s when we knew something real was happening,” Winston told CBS.

As Winston realized the bullets were coming closer he went for cover, helping several climb a fence to get away, then he “saw a field with a bunch of white trucks.”

The instinct to adapt and improvise kicked in. “I tested my luck to see if any of them had keys in it,” Winston said in his CBS interview. “First one we tried opening had keys sitting right there. I started looking for people to take to the hospital. There was just too many and it was overwhelming how much blood was everywhere.”

In the end Winston used that truck to get as many as 30 victims to the ER.

And the owner was incredibly cool about the whole thing, posting the text exchange he had with Winston on Facebook.

All Phelps Amesberg wanted was the key and everything else was “water under the bridge.” He asked Winston how the people he’d ferried to safety were doing.

“I don’t know if they all made it,” Winston texted in part, “Sorry about doing so and all the blood.” He added that he’d moved the toolbox in the rear of the truck and saved it.

In keeping with the selflessness he demonstrated that terrible night, Winston indicated to CBS he wasn’t any more of a hero than many others he saw. “There was a lot of bravery and courageous people out there,” he said. “I’m glad that I could call them my country folk.”

Not that we’d want to argue with the guy, but seriously, that sounds exactly like something a true American hero might say.