New details have come to light about the Silver Star-winning badass. 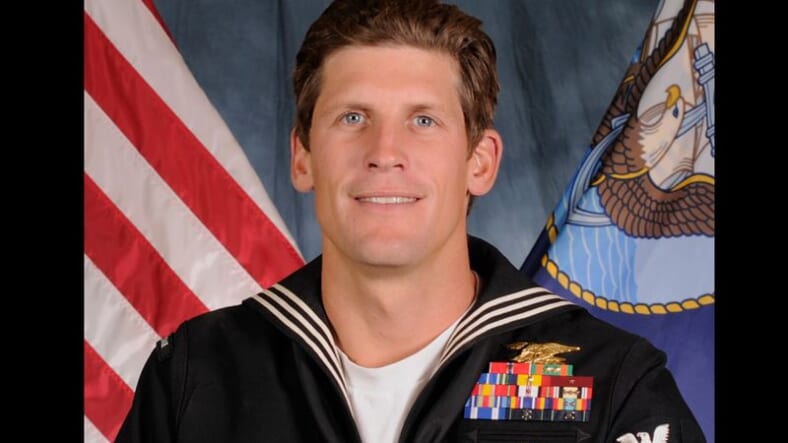 Navy SEAL Charles Keating IV was killed during a firefight with ISIS forces in May, but the extent of Keating’s heroism and valor in battle has only recently come to light.

According to a CNN report, Keating was part of a team of American military advisers who were assisting Kurdish forces. The Kurds and Americans were attacked on May 3, and Keating demonstrated amazing fighting skill and courage before he was taken down by an enemy’s bullet:

Keating, the grandson of financier Charles Keating Jr., was tasked to fill a “train, advise and assist” role in Iraq. He died while helping to rescue a small team of U.S. military advisers and Kurdish forces from an attack mounted by more than 100 ISIS fighters.

According to one account of the May clash in Iraq provided to CNN, a group of Navy SEALs and local Peshmerga forces were attacked by a large unit of ISIS fighters that had overwhelmed the Kurdish front line by rushing in with bulldozers, trucks and weapons.A group of nearly 20 SEALs including Keating was deployed to respond to the ISIS attack. During the ongoing battle, the SEALs ran low on ammunition and Keating’s machine gun malfunctioned, according to initial battlefield reports. Keating went back to a nearby coalition vehicle to get a new weapon and additional ammunition.

Keating picked up a sniper rifle, reported CNN, ascended to the top of a nearby structure and began raining fire down on the surging jihadis. At some point he was struck by an enemy’s bullet and fellow SEALS managed to get him on a chopper for evacuation—but then the chopper took fire as it took off.

By the time Keating reached a medical facility he was dead. A military spokesman only described at the time as “one of the largest” skirmishes the coalition-advised Peshmerga had experienced.

Keating received a posthumous Silver Star, one of the nation’s highest military awards. The CNN report quoted from his Silver Star citation, which said Keating’s incredible acts of valor occurred while he “continuously exposed himself to enemy automatic weapon, mortar, and rocket grenade fire.”

Keating’s death highlights just how intense the battle against ISIS has truly become and how vital it is that the Islamic State is held at bay.

Fortunately there are many with his courage ready and willing to help in the fight.