This gives a whole new meaning to ‘Friday Night Lights’. 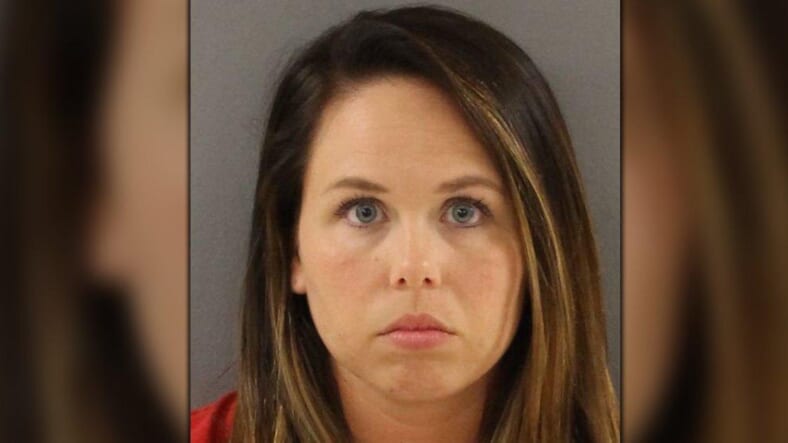 The wife of a former Tennessee high school football coach just caught a three-year prison sentence after pleading guilty to having sex with one of her husband’s players multiple times over the course of 11 months.

Twenty-seven-year-old Knoxville resident Kelsey McCarter was facing a maximum sentence of 38 years behind bars after being charged with six counts of statutory rape, according to her attorney, Doug Trant.

Kelsey McCarter and the 16-year-old sophomore player had sex in her home and in her care over multiple times between Feb. 1, 2015, and Dec. 31, including when she was driving him to his mother’s house to move back in with his family, prosecutors said.She also once sent him a topless video of herself, prosecutors said.

According to the player’s mother, the inappropriate relationship began while her son and his older brother began living at the McCarter’s house.

Justin McCarter invited the two brothers to live with him and his wife, offering to mentor the boys after they began having behavioral problems, such as skipping school, the mother said.

The brothers lived with the McCarters for about a year, their mother said, and played on the football team while attending South-Doyle High. No abuse has been alleged against the older boy.

“She made a mistake,” Trant said after the hearing. “She’ll move past it. She’s young, and as you saw, her family is here in support of her. Her husband is strongly supportive of her.”

Because she submitted a guilty plea, she’ll be eligible for release after serving 30 percent of her 38-year sentence.

Between McCarter and Jessie Goline—the Arkansas teacher facing 10 to life for banging two students in the same damn night—we can’t help but wonder where these freaks were when we were in school.