Did thousands of Americans actually vote for a dead gorilla? 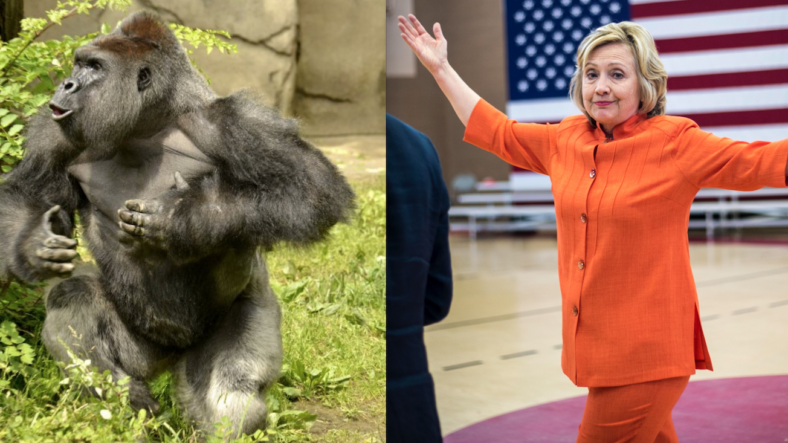 It was anticipated that lingering support for Bernie Sanders would correlate to low voter turnout for Hillary Clinton, and that voter enthusiasm for Donald Trump would be a force to be reckoned with. But few political observers anticipated that Harambe, the slain gorilla forever canonized by millennials as an Internet meme, would be accused of contributing to her defeat.

Somewhere in the Twittersphere, a report—nay, a batshit crazy rumor—has emerged that 11,000 voters wrote in Harambe for President, effectively wasting precious votes that could have gone to Clinton.

Over 11,000 people voted for Harambe. Harambe is a dead gorilla.
Those 11,000 votes would have saved our country. #ElectionNight

See some of these young “voters” below:

Democracy is alive and well, people.