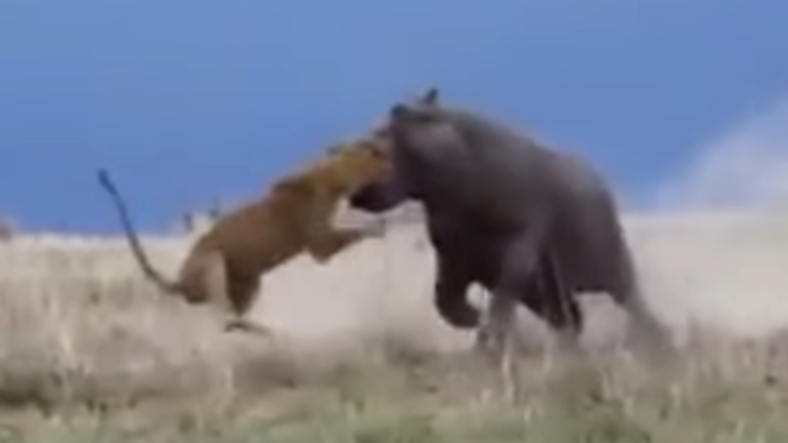 It may be time to demote the lion from its status as the king of the jungle, because they are evidently susceptible to getting royally fucked up by hippopotamuses. (Hippopotami? We have no idea.)

The footage above was taken in Kenya and originally posted by the Maasai Mara sightings YouTube account. In it, a giant female cat creeps up on a sleeping hippo, perhaps in search of its next meal.

That turned out to be a BIG mistake for the lioness. She literally wakes a 3000-pound sleeping giant that whips around, chases her, clamps her head in its jaws and then slams her into the ground, all in under ten seconds.

As crazy as the clip is, it’s still not as jaw-dropping as this footage of a Florida Cracker horse giving a giant gator a beat down for the ages.

That’s life in the NFL, people.