So Here’s a Thing: Hitler Had a Micropenis 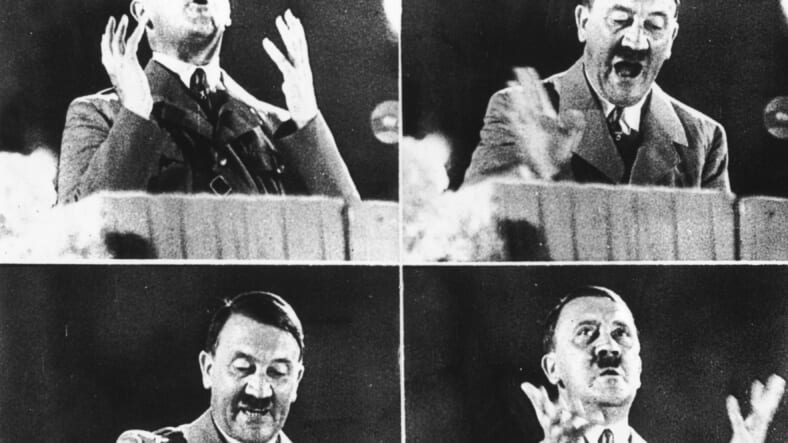 Adolf Hitler, the commander of the Third Reich, had some serious rage issues aside from other very apparent, historically documented problems. But all that anger and hatred had to have come from somewhere, right? Yes, it did. And it came from his tiny, deformed penis and one testicle.

Rumors that Hitler had something really wrong with his manhood were recently confirmed when historians Jonathan Mayo and Emma Craigie uncovered medical records that state that Hitler did, in fact, have a micropenis—reportedly detailed further in their book, Hitler’s Last Day: Minute by Minute. Just two months earlier, another historian claimed to have found proof that Hitler only had one ball, validating the 1939 power-ballad, Hitler Has Only Got One Ball.

The newly discovered medical records revealed that Hitler had a severe case of “very little penis syndrome,” accompanied by something called hypospadias, which is when you don’t pee out of the tip of your penis like normal. In Hitler’s case, his urethra was on the underside and very base of his teeny peeny.

According to the Telegraph, Hitler’s doctor, Theodore Morell, prescribed him with hormones and IV amphetamines to improve his sex drive, and it’s believed that Hitler had over 800 injections of amphetamines and methamphetamines, a.k.a. Speed, over the course of his rule. So, he was basically really high all the time. Just a side note – the entire Nazi Party was blitzed on uppers 24/7.

We know that Speed makes people aggressive and unfriendly, and combined with the emotional toil that came with having a micropenis and lopsided balls, it obviously made for a very angry, evil man who frequently threw temper tantrums. Another notable example of micropenis-aggression is Napoleon Bonaparte, who reportedly had a 1.5 inch penis, and is often considered, well, evil.

Thank you, historians, for uncovering a major source of Hitler’s anger.