Hitler Really Did Only Have One Testicle 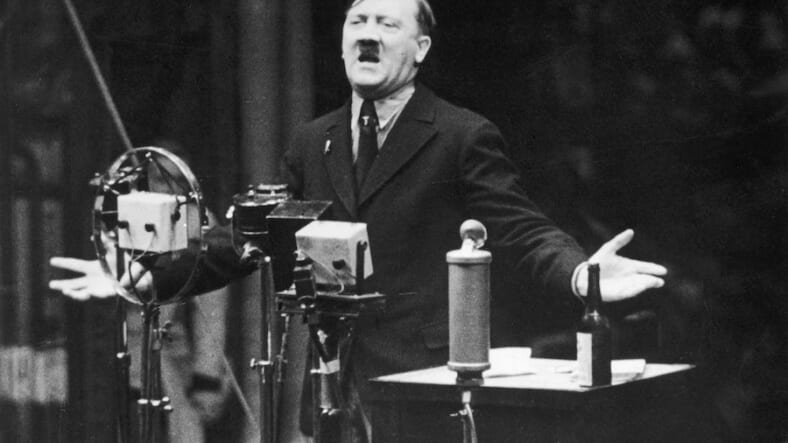 Somewhere in the rumor mill, a bizarre urban legend emerged about Nazi leader Adolf Hitler—that the man only had one testicle. While monorchism usually isn’t much to read into, it’s long been suspected there was a deep-seated reason Hitler was so off his nut. And there’s got to be a reason British schoolchildren have a weird tradition of singing a jingle called “Hitler Has Only Got One Ball.”

At last, historians are getting to the nuts and bolts of why this oddball rumor seems to prevail. A German historian recently got hold of Hitler’s long-lost medical records, which reveal he really was the one-balled monster we thought he was.

The records, which were taken during a 1923 medical exam during Hitler’s stint in Landsberg Prison, report that the genocidal leader suffered from “right-side cryptorchidism,” or an undescended right testicle. This means he still sort of had that right testicle, but it failed to descend properly during childhood, leaving Eva Braun with not a lot to deal with. However, the records state that Hitler was otherwise “healthy and strong.”

Below, watch none other than Steve Buscemi perform “Hitler Has Only Got One Ball”: