Just when you thought Hitler’s sex life couldn’t get any grosser. 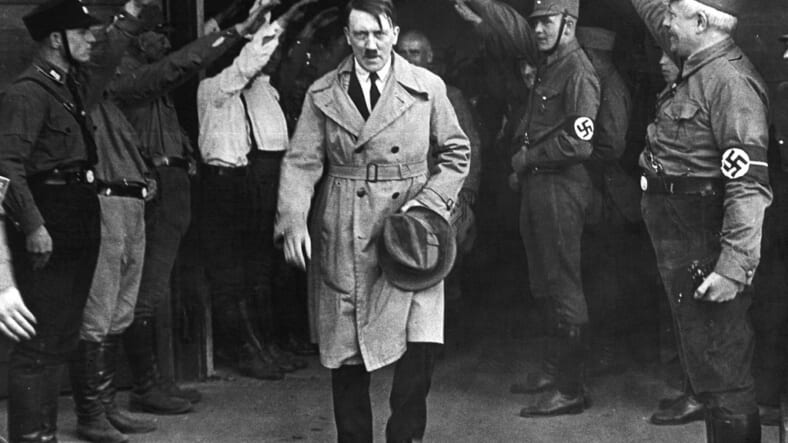 Considering that Adolph Hitler was cursed with both a micro penis and singular testicle, it’s hard to imagine the Nazi dictator’s sex life being anything but utterly pathetic and deeply sad.

Well, thanks to a document recently brought to light by London’s Daily Star, we can add “absolutely disgusting” to that description.

According to “A Psychological Analysis of Adolf Hitler: His Life and Legend,”a document commissioned by the Office of Strategic Services during World War II, Hitler got all hot and bothered when women took big, sloppy shits on his chest.

Yep, that’s right. As a coprophiliac, Hitler was sexually aroused by defecation. As nasty as it is, the report compiled by Dr. Walter C. Langer did not “suppose that Hitler (gratified) his strange perversion frequently.”

Well that’s good, right? The fact that he engaged in the grotesque act only once in a while makes him seem ever-so-slightly less disgusting, at least.

Except for the fact that the report suggests that the person he had feces-laden intercourse with was…his niece. Excuse me while I vomit as I realize that this isn’t a lost plot twist from Inglourious Basterds and was actually a real thing.

The jury has reached a verdict: Hitler was the most reprehensible and revolting human being the world has ever known.