Prosecutors say the couple used the cash to buy a BMW, designer shoes and sunglasses, a trip to Las Vegas and a helicopter flight over the Grand Canyon. 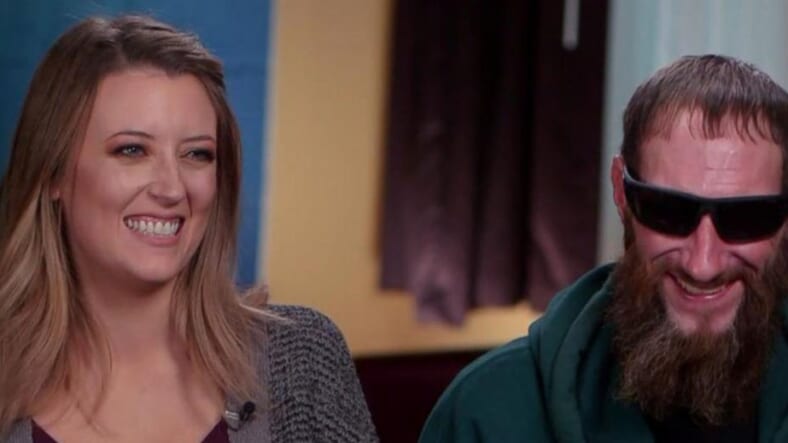 The heartwarming saga of Johnny Bobbitt, the homeless veteran who gave a stranded woman named Kate McClure his last $20 for gas last year, was one of the most shared feel-good stories in recent memory.

McClure and her husband, Mark D’Amico, returned the favor by launching a GoFundMe to give Bobbitt a second chance. The campaign ultimately raised $400,000.

Now all three are facing up to 10 years prison on theft and conspiracy charges, according to the New York Post.

“[McClure] did not run out of gas on an I-95 off-ramp, and [Bobbitt] did not spend his last $20 to help her,” Coffina said. “Rather, D’Amico, McClure and Bobbitt conspired to fabricate and promote a feel-good story that would compel donors to contribute to their cause.”

Johnny Bobbitt arrested in Philadelphia 7am yesterday by US Marshals & BurlCo Prosecutors. He was staying at an apartment on the 1200 block of Shackamaxon st in Fishtown. Kate McClure & Mark D'Amico turned themselves in yesterday. @BurlcoPros @USMarshalsHQ @gofundme @CBSPhilly pic.twitter.com/6SRgI3kFWm

A text message exchange shows that McClure and D’Amico encountered Bobbitt weeks before the story detailed on the GoFundMe page supposedly took place.

“Dude I just thought about him!!” replied D’Amico.

McClure launched the campaign a month later, writing the following:

“I never ran out of gas before, and my heart was beating out of my chest. I pulled over as far as I could, and got out of the car to head to the nearest gas station,” she wrote.

“That’s when I met Johnny. He told me to get back in the car and lock the doors. A few minutes later, he comes back with a red gas can. Using his last 20 dollars to make sure I could get home safe.”

She wasn’t just lying about meeting Bobbitt for the first time. An hour after the campaign went live, she texted a friend that the “gas part” was a hoax to “make people feel bad.”

“The gas part is completely made up … but the guy isn’t,” she wrote. “I had to make something up to make people feel bad … So, shush about the made up part.”

The story went viral in a matter of days. The Post has further details:

The trio’s touching tale made them overnight sensations, as they embarked on a media blitz that saw the story covered on “Good Morning America” and “The Ellen Show,” and in outlets around the globe.Bobbitt battled to kick his nagging drug habit, bought a home, and received a job offer from Amazon, while the couple negotiated a book deal.

McClure’s own mother even called her out.

“My mother just called me and said that people go to jail for scamming others out of money. So there’s that,” she texted her friend. “That’s what my own mother thinks of me.”

Then money and reckless spending started to drive a wedge between the trio.

Meanwhile, relations strained between Bobbitt and the couple, who allegedly kept the bulk of the $367,108.81 they received after GoFundMe took its cut for processing fees.Bobbitt claimed he received only about $75,000, while McClure and D’Amico blew through the rest on everything from a 2015 BMW to designer shoes and sunglasses to a New Year’s trip to Las Vegas and a helicopter flight over the Grand Canyon.Over $85,000 was withdrawn by the couple in or near casinos from Vegas to Atlantic City to Philly, financial records revealed to investigators.

In March, McClure’s friend warned that Bobbitt could “out” her.

“I’ll be keeping the rest of the money, fuck you very much,” she replied.

Bobbitt did his best to do just that and sued the couple for more money, who in turn argued that they were protecting him from his heroin addiction.

“Giving him all that money, it’s never going to happen,” D’Amico told Philly.com at the time. “I’ll burn it in front of him.”

Under the assumption that Bobbitt had been swindled, investigators seized the couple’s bank records and 60,000 text messages.

But they also took a look at the vagrant vet’s history and uncovered a suspiciously similar tale he told on Twitter in 2012.

“So this girl runs out of gas and has a flat tire at the same time in front of Wal-Mart and is blocking traffic,” he wrote.

“So I run to the gas station and then change her tire. I spent the only cash I had for supper but at least she can get her little children home safe.”

“I don’t think that’s a coincidence,” Coffina said of the story.

“[Bobbitt] deserves our appreciation for his willingness to serve our country as a United States Marine and he has our sympathy and concern for the homelessness that he’s experienced, as well as his publicized struggle with addiction.”

“But it is imperative to keep in mind that he was fully complicit in the scheme to defraud contributors.”

Coffina added that “there’s a good chance” none of them would be facing prison time if Bobbitt hadn’t taken McClure and D’Amico to court.