Coachella is coming…but do you have any chance of getting laid? 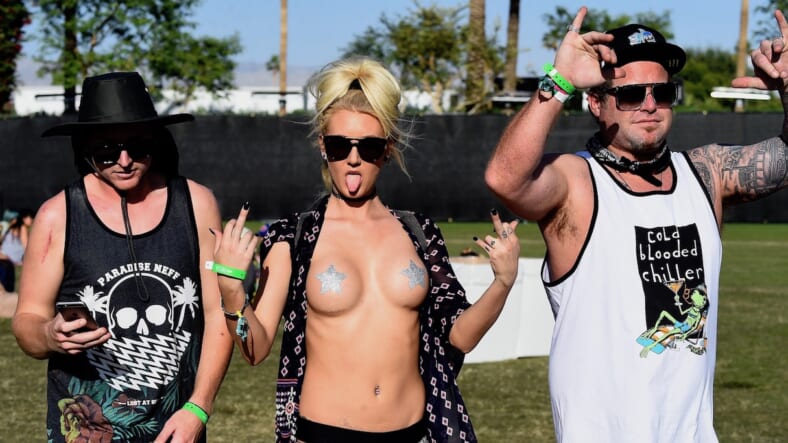 With its potent mix of narcotics, suntan oil and P.L.U.R. vibes, Coachella is a veritable hotspot for outdoor hookups. But what are your chances of actually nabbing a suntanned stunner covered in glow-in-the-dark body paint?

Plenty of Fish, the online dating site, surveyed 1,800 singles ages 18-40 to see if they would be down to hook up at a music festival.

Turns out, only 41 percent of women claim they are open to the idea. That’s actually a rather low figure when you consider that a whopping 84 percent of men said they would be down.

So despite the superabundance of beautiful festival goers, competition for their brief affection will be brutal. Prepare to fight tooth and nail with some SoCal bro named “Chad” wearing a “Suns Out Guns Out” tank.

You may not be prepared for the throngs of fist-pumping lame-os, the offensive Native American headdresses, the unforgiving dessert heat or the utter lack of public restroom options, but dammit… all of that will be worth it if you can beat the odds and hook up with a bikini-topped hottie rocking a floral headband.

Coachella begins Friday, April 14 and wraps up on Sunday, April 23. That should be plenty of time to find the girl of your dreams.