Club Hotties Are Drugging Dudes And Stealing Their Watches, So Let’s Be Careful Out There 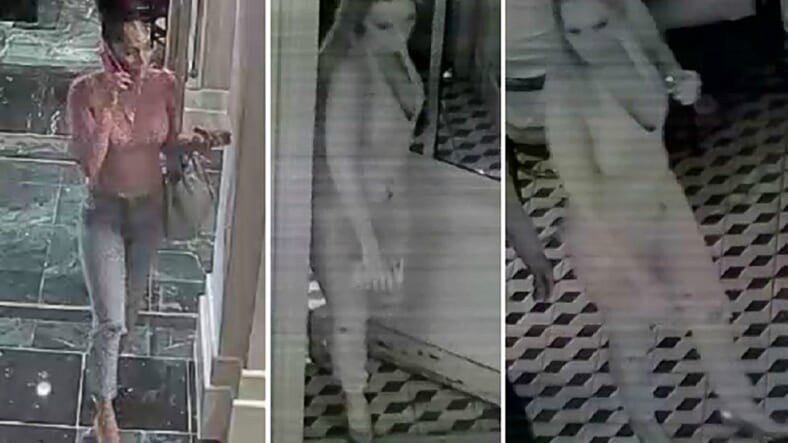 Attention all fancy watch owners: If you’re planning on going clubbing in the near future, you might want to pay attention to this cautionary tale.

Apparently, two sexy thieves have been bopping around clubs and hotels in Manhattan, seducing unsuspecting men, drugging them, and stealing their luxury watches and other designer swag.

According to the police, the klepto women targeted three tourists in just six days and looted them of their expensive watches, leaving them with nothing but confusion, sadness, and a bare wrist.

The first victim was a 38-year old guy one of the women met at The Top of the Standard Lounge in NYC’s Meatpacking District on August 11, and when he invited her to his hotel room for a nice evening of sex, she drugged him, waited until he passed out, and then swiped his $20,000 Audemars Piguet luxury watch.

The second victim was a 36-year old mark who had his dignity along with his shiny $18,000 Rolex stolen when he invited one of the women back to his room at the Sofitel Hotel in Midtown on August 13.

The third and most recent object of prey was a 56-year old who was roofied and then robbed at the Sofitel, after meeting a woman at the restaurant attached to the hotel.

Police are describing one of the women “as a light-skinned brunette in her 30s, about 5-foot-5, wearing a pink top and light blue jeans,” and the second woman as “white, in her 30s, 5-foot-5 and 115 pounds, with blond hair and pink highlights.”

And this is hardly the first crime of its kind in the Big Apple.

A 79-year-old wannabe ladies man was recently robbed by women he met at upscale cigar bar Club Macanudo. And a 28-year-old man was swindled out of $70,000 worth of jewelry after meeting a hottie at celebrity hangout 1 Oak last summer, reports the New York Post.

He said he eventually brought her back to his Manhattan pad on West 42nd Street near 11th Avenue, hoping for a little action.

Instead he got taken for a ride.

While the man was asleep, the curvy crook swiped his $50,000 Rolex Presidential watch and $20,000 gold Cuban link chain, police said.

The man discovered the pricey goods and the babe missing when he woke up, cops said.

Let’s be careful out there, people.