Why Elon Musk’s SpaceX Is the Future of Space Travel

Musk’s SpaceX is breathing life into the space travel industry. 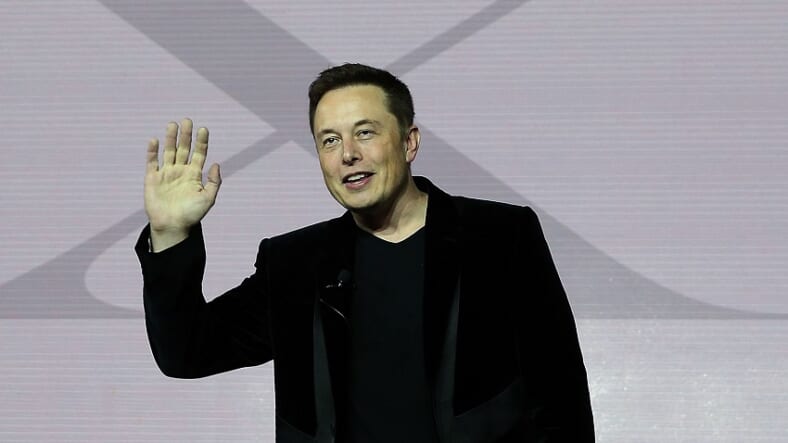 It’s easy now to think of Elon Musk’s SpaceX as the ultimate
success story, given the live broadcasts of its rockets soaring into space before landing softly back on terra firma minutes later.

After all, there are few harder tasks for a startup than breaking into an established industry full of enormous, well-connected companies like Boeing and Lockheed Martin, and requiring huge amounts of capital investment in research and development before any return can be expected.

With each successive launch seemingly pushing SpaceX’s
capabilities further and further, it’s tempting to forget how hard it’s been for the company to not only thrive but even survive.

Yet are we really surprised by SpaceX’s willingness to fight the status quo and upend conventional wisdom when we remember who founded the company and still runs it? After all, Elon Musk isn’t one to pass on an opportunity, no matter how challenging. Whether it was simplifying and securing digital payments on the internet (PayPal), getting the public to accept electric cars (Tesla), or expanding renewable energy (SolarCity), Musk’s ventures all seem to find opportunity in problems that would have discouraged other
entrepreneurs.

The same goes for SpaceX (short for Space Exploration Technologies), founded in 2002 as Musk’s response to the high cost of launching objects into orbit, as well as NASA’s pullback from many
aspects of space travel and transport with the end of the shuttle
program. Many foresaw the problem of fewer launch options with NASA scaling back, but Musk wasn’t cowed by the obvious challenges of the private space industry. Perhaps he should have been.

After the first three launches of the company’s Falcon rocket, SpaceX had three failures to its name and only enough money remaining for one last attempt, scheduled for September 28, 2008. With any small flaw meaning catastrophic
failure, and failure meaning the end of the company, the Falcon 1 rocket successfully flew off the launchpad, keeping the company’s prospects aloft with it.

Despite the occasional setback, SpaceX has taken that success and steamed full-speed ahead. That early Falcon 1 rocket, improved upon with each subsequent iteration, is now the main engine for SpaceX’s
vehicles; the Falcon 9 uses nine of the Merlin engines, and the massive Falcon Heavy, currently the most powerful rocket on the planet, uses 27 working in unison to carry massive payloads into orbit.

It’s poignant that a once-maligned, and nearly disastrous, rocket is now entrusted to power the most successful private space launch platforms ever created. But Musk and SpaceX’s task was more than just technological in nature. It was also political.

For years, United Launch Alliance, a joint partnership between aerospace giants Boeing and Lockheed Martin, had a near monopoly not only on missions for NASA, but perhaps more crucially, the high-paying launches of the Pentagon.

Washington Post journalist Christian Davenport, whose book The Space Barons
details the private space race being waged by billionaires like Musk and Amazon’s Jeff Bezos (Blue Origin), has been impressed by the
inroads the company has made.

“Before they came around, nobody
really thought that a private company could do this on their own
without the big legacy, not just relationships with the government, but with the talent pool that the traditional players like Lockheed Martin and Boeing have. To sort of start out from scratch and say, ‘I’m gonna start a rocket company,’ you could argue is foolhardy.”

But Musk, carrying with him a list of successful and ever more
demanding launches, was able not only to get NASA to give his company contracts to resupply the International Space Station, but to get the Pentagon, with its deep pockets, to entrust the company with launch missions of national security projects. Perhaps this wasn’t as sexy as video of a rocket landing smoothly back on Earth, but it was likely the making of SpaceX’s financial success and long-term stability.

Davenport puts this financial reality into perspective. “One of the things they say is, ‘The quickest way to become a millionaire in space is to start out as a billionaire,’ ’’ he says.

“Because it is very difficult, and you face long odds. And Elon and SpaceX should be given credit for that. That was incredibly difficult. They were able to break in and
legitimately disrupt a market, not just from working with NASA but working with the Pentagon, which had been relying on one provider for national security launches, the United Launch Alliance, which had a monopoly on those launches for 10 years. And then along comes SpaceX, who literally sued their way in to do it. What they’ve achieved is frankly nothing short of remarkable.”

Remarkable is a word satellite-launch customers might also use to describe SpaceX and its impact on the space industry. After all, SpaceX has pushed the boundaries of engineering with its multiuse rockets, capable of landing on land or a drone ship at sea, and able to be
refurbished and reused at a fraction of the cost of a one-use rocket. The company currently offers a launch of its Falcon 9 rocket for $62 million and a reusable Falcon Heavy launch for a mere $90 million, both huge savings over alternative options like the estimated $400 million price tag of ULA’s Delta IV Heavy.

This is the actual core of SpaceX’s business achievement: cost
savings. For while a reusable rocket landing back on Earth might look amazing to the general public, it looks even better to the accountants.

SpaceX now claims to be able to launch payloads into space with
reusable rockets at a fraction of the price traditionally charged for such services. These savings trickle down into all industries using orbital platforms, such as the GPS in your phone or car, or internet service
in remote areas of the globe, that would either cost more or be
unavailable without the savings possible due to Musk and SpaceX’s peerless innovations.

But for all the financial and corporate success of the company, the show must go on. So there was Elon Musk, back in September, introducing Japanese fashion entrepreneur and art collector Yusaku Maezawa as the first commercial tourist scheduled to orbit the moon, a mission SpaceX hopes will take place in 2023.

Missions to another planet are under way as well, fulfilling one of the founding goals Musk had for his space startup—visiting and possibly settling humans on Mars. Throw in his taste for the theatrical (he used the launch of the beastly Falcon Heavy rocket in February 2018 to send one of his Tesla Roadsters into orbit), and one could be forgiven for assuming Musk keeps his head in the clouds, dreaming big and ignoring the mundane task of running an organization with roughly 6,000 employees.

But the truth is that while he’s grabbed the public’s attention with his ambitious, sometimes overreaching goals and outlandish plans for the future of private space travel and tourism, he’s been able to create a self-sustaining company that is likely already profitable, with billions of dollars in future launch contracts already signed by NASA, the
Pentagon, and numerous private entities.

SpaceX has lots of style, but also lots of substance—just like its founder.

According to Davenport, “Elon’s DNA is infused in almost every aspect of SpaceX, from the design of the rockets [and] these big, outlandish, quick-thought goals that may or may not ever come true in terms of going to the moon or Mars, to just the hype and attention he’s been able to generate for the company. And then there’s this other part, where they’re so hard-charging and work so hard that there is a certain level of burnout there. They do go through some engineers and talent because Elon drives them so hard, and it’s just relentless.”

As the huge next step of safely launching humans into space
approaches, even more difficult challenges will face SpaceX and its team. So while “relentless” might be tough on engineers, it seems to be the way Elon Musk and SpaceX have successfully redefined the space industry for the 21st century.