While still an undergrad at Harvard, Zuckerberg created the social media tech that has defined the modern era. 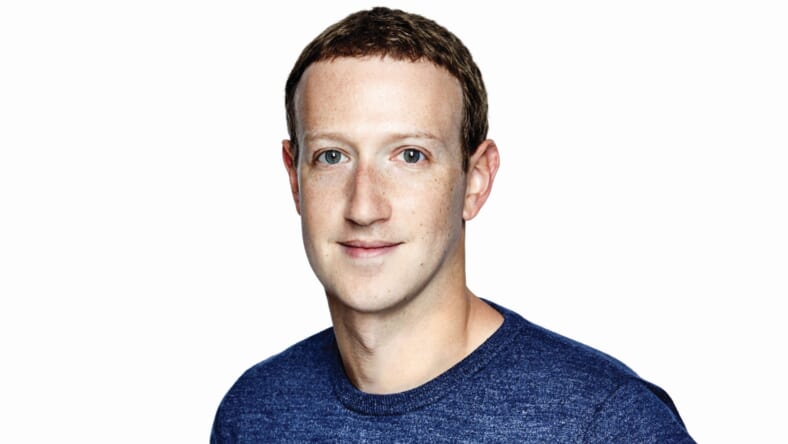 Seemingly everyone knows the name Mark Zuckerberg and has an opinion about the world-famous, 38-year-old entrepreneur and philanthropist.

Since the launch of Facebook in 2004, he has been at the forefront of the social media and internet age and as such, has arguably had more impact on the world than any other individual in this time of technological revolution and the digitalization of society on all levels.

And he’s accumulated a truly impressive net worth of $60 billion or more along the way (depending on the fluctuations of the stock market), mainly due to a 13.6% share of Facebook and Instagram parent company Meta, which has been rocked by a historic market dip in recent months.

Most people have strong views on Facebook and the role of social media in this new information age. But perhaps lost in all of the success, occasional controversy, growth, and broader economic and geopolitical impact, is the fact that this is a relatively young man. A young man who single-handedly changed what the 21st century has been thus far, and who will play a major role in shaping what future decades look like with regard to social media and even the next generation of the internet age, Web3 and the metaverse.

It’s hard to maintain an accurate public persona when an important part of your life story gets the Hollywood treatment as the basis of an Oscar-winning “biopic”; not to mention several so-called documentaries. But always remember that a biopic is not a biography. So, in order to find a more objective truth, let’s go back to basics.

Mark Zuckerberg was born in White Plains, NY to Edward and Karen Zuckerberg, a dentist and psychiatrist respectively. Growing up in Westchester County, an affluent area north of New York City, Zuckerberg began his fascination with coding and the internet as a whole when he was extremely young. During high school at the elite Phillips Exeter Academy, Zuckerberg created a music streaming platform, that while ahead of its time, drew serious interest from behemoths such as Microsoft and AOL. Buyout and employment offers were presented, but Zuckerberg turned them down.

So it was with a well-developed sense of coding and software development, and an enthusiastic entrepreneurial streak, that Zuckerberg enrolled at Harvard to study computer science and psychology. While The Social Network, along with other retellings of this time period, focus on the drama and battles between the original Facebook contributors and partners, it’s easy to overlook the fact that a kid who couldn’t legally order a beer was creating a world-altering technology from his dorm room.

Again, a sophomore in a college dorm created a technology that in many ways has defined the most technological era in human history. That’s worth noting, if not outright celebrating. Additionally, Zuckerberg should be lauded for business models that took a great product and allowed it to become a great company.

Often overshadowed are the brilliant business and entrepreneurial strategies Zuckerberg utilized to thrive where others underwhelmed (remember Myspace?). Understanding the need for Facebook to have a certain concentration of members in a community before the real value and benefits of the site could be maximized, Zuckerberg reigned in the excitement and created a deliberate process for expansion. Starting first at Harvard, then expanding to the rest of the Ivy League, and then beyond.

Finding and sticking to a compromise that would allow Facebook to grow, but in a way that created concentrated communities of members that amplified the utility of the social network, was a true measure of entrepreneurial genius by Zuckerberg. Needless to say, he left Harvard after his sophomore year to focus full-time on the business, which has grown to current annual revenues of around $118 billion.

Facebook’s growth is such that hyperbole barely does it justice. If Facebook was a country, it would have the most citizens on Earth. Just shy of three billion people around the globe utilize the social network, a number made even more mind-boggling by the fact that they have little to no presence in tech-obsessed China.

This is even more drastic when considering the 2012 bargain purchase of Instagram. Costing $1 billion, at the time the purchase was largely ridiculed by the public, but Zuckerberg would get the last laugh. Today Instagram has become the social media of choice for youth, and while still smaller than its parent network, is reported to have over two billion monthly active users worldwide. While Facebook’s critics point out that younger generations have begun to use Facebook less than those over 30, they conveniently forget to mention that most of these users simply moved over to Instagram—that “foolish purchase” Zuckerberg had insisted upon completing a decade ago.

Zuckerberg might have lost them from one of his products, but he ensured that he kept the users within the Facebook infrastructure, and in doing so, consolidated his dominance of the social media space for years to come.

Of course success often puts a metaphorical target on the back of those succeeding, and Zuckerberg’s experience has been no different. He has appeared in front of congressional and governmental hearings across the globe, rarely to be celebrated for creating jobs or enabling small businesses to more easily reach consumers, but rather to be accused or blamed for any problems that arise from social media and more specifically Facebook.

I have no interest in debating here the pros and cons of Facebook’s dominance, its business practices and the responsibility of a social media company to control what happens within their site. It’s far too complex and complicated a question for me, or frankly any other individual, to be able to answer on their own, and forms the most basic question for what society and communities will look like as we progress through the 21st century and the information age. But somehow Mark Zuckerberg is expected to have this answer, and him alone. He has been made into the face of all of these issues, and is seemingly tasked with coming up with solutions for problems far bigger than just Facebook, or even just social media as a whole.

Frankly, at a time when society is still trying to formulate the right questions to ask regarding social media, we’ve somehow determined that one company’s founder should already have the answers. It’s not only unfair to a single company in a wider industry, but to then cultivate an image of Zuckerberg as the face of anything and everything negative that happens on the web is downright wrong, as well as patently unproductive.

Others caught up in the Wild West of early internet and social media include Google, whose cofounders Sergey Brin and Larry Page allow Sundar Pichai, CEO of Google and its parent company Alphabet, to represent the company in these hearings. Twitter, perhaps the closest platform to Facebook and Instagram, has had no shortage of its own controversies, but Jack Dorsey was never made into the face of these issues the way Mark Zuckerberg has. Zuckerberg is the only true household name of the bunch, although at this point one has to assume he’d rather not carry this weight alone.

So Zuckerberg’s success, and willingness to put himself front and center to defend not only his company but the industry as a whole, makes him stand out even amongst his billionaire tech peers. He’s already preparing his company for the future. He changed the name of the corporation to Meta, in an attempt to both show that the company has more products and services than just Facebook, as well as to lay out his vision for how to take the company forward.

Of course you’ve heard of the metaverse, Web 3.0 or other trendy ways of describing what is predicted in the coming years of internet development. But even if not, the significance is that Zuckerberg, and his team, are not going to wait for the next big thing to come along and then try to find a way for Meta to get involved. The Meta team wants to lead the creation of what comes next, and in doing so accomplish both their financial and social impact goals. Rather than resting on his laurels, and billions of dollars in Meta stock, Zuckerberg seems more eager than ever to help craft the next generation of world-changing technologies and products.

Social media is far from the only way that Zuckerberg impacts the world and its citizens. Along with his wife, Dr. Priscilla Chan, he has already cemented himself as one of the most generous, and thoughtful, of philanthropists. In addition to signing the Giving Pledge, promising to give away the majority of their wealth to charitable causes, Zuckerberg and Chan have a stated goal of giving away 99% of their Meta shares over their lifetimes. The Chan Zuckerberg Initiative, the couple’s philanthropic organization, has already given away more than $3 billion in grants and investments and shows no signs of slowing down.

But what stands out for Mark and Priscilla, even when compared to other philanthropic billionaires, is the way they choose how and where to distribute their donations. They focus on projects or organizations that can benefit not only from money, but from the technological expertise they bring to the table. They focus on how technology of all kinds can help increase the speed, scale and impact of their charitable work.

The mission of the CZI is to build a more inclusive, just and healthy future for everyone. But rather than the overly-broad, intentionally-vague version of this one might expect from a beauty-pageant answer, this mission truly does cover an almost unfathomably diverse range of causes and projects, with a focus on science, education and local communities. And even earlier in 2010 Zuckerberg announced a pledge of $100 million to the Newark school system, a troubled public education entity.

While no one claims the project completely fixed Newark’s educational situation, it’s a prime example of Zuckerberg trying to attack a specific problem with generosity, dedication, expertise and yes, money. Instead of going back regretfully and focusing on what more would have been needed to fix the system completely, Zuckerberg, like a good coder, tech entrepreneur or CEO, took the lessons learned and has continued to apply them to similar future projects. Zuckerberg not only wants to give away an earth-shaking amount of money, he wants those resources to be amplified and utilized to the absolute peak of their potential.

With billions already donated to charitable purposes, and much more to follow, that’s a lot of potential to make a positive impact around the country and the world. After all, if anyone knows how to make a truly seismic impact on the world, it’s the man who brought the world closer together online and is willing to take the heat of public opinion in order to extend both his and Meta’s impact across the globe and for generations to come.