5 Ways to Beat Jet Lag, According to Science

How to stay awake and alert, even when you’re traveling. 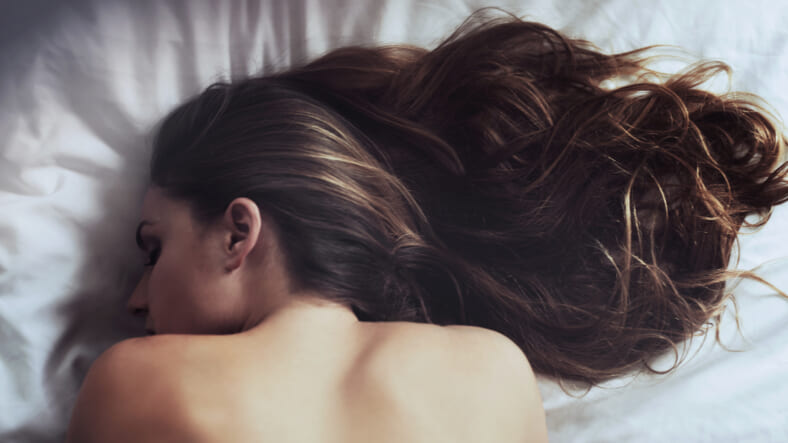 No matter if you’re traveling for work or for pleasure, jet lag is a bitch. You can’t sleep when you’re supposed to,  you’re still tired and disoriented when you wake up, and you just can’t wait until you feel normal again.

Luckily, there are some ways to get over jet lag quicker and tackle your business trip or vacation feeling fresh, rested, and totally ready.

With that said, here are five ways to beat jet lag, according to science.

1. Start adjusting to the new time zone before you fly

Charmane Eastman, a professor in the Department of Behavioral Sciences and the founding director of the Biological Rhythms Research Laboratory at Rush University Medical Center in Chicago, says the trick is to “gradually shift your circadian clock to the new time zone a few days before flying.”

This is done by changing when your body is exposed to light and when it is exposed to darkness “to trick your circadian clock into thinking that day and night have changed,” she says.

She suggests changing the time of light and dark gradually by one to two hours each day depending on the direction you are flying in.If you are flying from Dallas to London, for example, you’ll be facing a six-hour time difference. To get ahead of the jet lag, Eastman suggests gradually shifting your body to London time while you are still in Dallas. That means going to bed an hour earlier each night and waking up an hour earlier each morning for six days before your trip.

2. Don’t eat during the flight

According to Dr. Clifford B. Saper from the Beth Israel Deaconess Medical Center in Boston, food — or lack thereof, actually — is incredibly effective at getting your circadian clock back on track during travel.

Saper explained to the Harvard Business Review that your “master clock” is located in the dorsomedial nucleus, which responds to hunger.

The researchers reason that because food is as essential for survival as sleep is, hunger can influence circadian rhythms as much as changes in light/dark patterns do.

So, why not manipulate your feeding clock, rather than your sleep clock, the next time you try to fend off jet lag? Specifically, as Saper has discussed in the press, you can try fasting both before and during your long flight, then eating in a pattern that puts you in sync with local time. For instance, if you’re taking a 14-hour flight from New York to Beijing, it would work like this:

Avoid all food from the time you get to the airport (i.e., about two hours before departure)

Eat soon after you land, as close to a local meal time as possible

3. Take a cold shower in the morning

Max Lugavere, health and science journalist and director of upcoming film Bread Head, tells Air Help that “taking a shower on the coldest setting could theoretically trigger a hormone response akin to what normally occurs waking up – helping to put you back on track.

“I do this regularly and when I’m fatigued the cold makes my brain feel like it’s coming back online,” he adds.

To elaborate, showering with cold water increases blood and lymphatic fluid circulation, which boosts energy levels, helps accelerate recovery, and helps eliminate waste products in your body like lactic acid, all of which help you get over jet lag that much faster.

According to a study published in the scientific journal Pharmacy and Therapeutics, taking melatonin, which is the hormone that helps control your sleep cycle, can help get your body back on track when you jump around time zones because it’ll tell your body that it’s “biological nighttime.”

Eastman recommends taking one to three milligrams two hours before bedtime in your new time zone instead of taking a big dose right before hitting the hay.

Pycnogenol, or maritime pine, is an anti-inflammatory and antioxidant that’s been proven to ease that nasty jet lag in a couple different ways.

First off, studies have shown that Pycnogenol works similar to but even better than compression stockings when it comes to reducing swelling, which most of us know is a huge bummer during air travel. We tend to get a little puffy when we’re up in the air, sadly.

But more importantly, a study titled Jet-lag: prevention with Pycnogenol found that compared to travelers who didn’t take Pycnogenol, those who did had significantly less symptomatic jet lag symptoms, namely in terms of cognitive function.