10 Ways to Make People Like You, According to Science

Use these simple tricks to become a friend magnet. 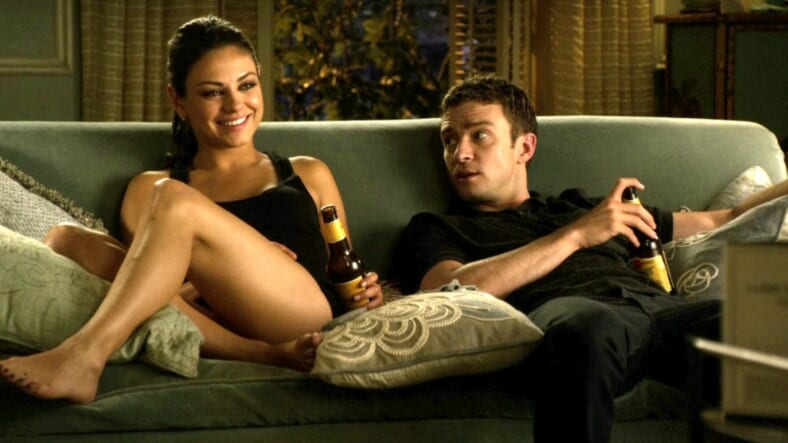 First impressions truly matter when it comes to networking, dating, or just making friends. That’s why it definitely helps to have a few tricks up your sleeve to help make people like you right away.

Below, via the folks at IFLScience, check out 10 proven ways to gain an edge and instantly become more likable.

Mimicking the movements, posture, body language, facial expressions, and overall behaviors of another person in a natural and non-weird way is called mirroring, and shows the person you’re invested in them and makes them feel warmly towards you.

But again, it’s really important that the mimicry is subtle or else it can get real creepy, real fast.

2. Spend time around them

Ever noticed how the more time you spend around a person, the more you seem to like them?

This is the mere-exposure effect, which suggests that if you want people to like you, you should spend more time around them because it’s human nature to like things that are familiar to us.

3. Give compliments…but not all the time

We all love receiving compliments that make us feel good, but moreover, “people will associate the adjectives you use to describe other people with your personality. This phenomenon is called spontaneous trait transference,” IFL Science explains.

“If you describe someone else as genuine and kind, people will also associate you with those qualities.”

With that said, though, you shouldn’t start throwing around compliments like confetti because positive compliments are much more impactful if used sparingly. This is called the gain-loss theory.

A study from the University of Minnesota found that it’s most rewarding for someone to be complimented sparingly because it makes them feel like they’ve won you over.  “Bottom line: Although it’s counterintuitive, try complimenting your friends less often.”

Nobody wants to be around a downer who hardly smiles or says anything positive, right? Right. It just brings us down and bums us out, and that’s why we like to surround ourselves with happy people.

“Emotional contagion describes what happens when people are strongly influenced by the moods of other people. According to a research paper from the Ohio University and the University of Hawaii, people can unconsciously feel the emotions of those around them.

“If you want to make others feel happy when they’re around you, do your best to communicate positive emotions.”

“According to the pratfall effect, people will like you more after you make a mistake — but if they only believe you are usually a competent person. Revealing that you aren’t perfect makes you more relatable and vulnerable toward the people around you.”

In other words, perfection is intimidating, so don’t try to be — but it’s also not helpful to belittle yourself for the sake or relatability.

The concept of subliminal touching holds that touching someone so gently that they hardly notice — on the arm or shoulder, for example — can make them feel positively and warmly towards you.

This was proven in a study conducted by researchers from the University of Mississippi and Rhodes College, where it was discovered that waitresses who briefly touched customers on the hand or shoulder while returning their change earned much larger tips than waitresses who didn’t touch customers.

This comes to show that when you act warmly towards someone, they’ll likely return the feeling.

Obviously, smiling will instantly make you much more likable than being stone-faced.

This is a simple one: If we feel like someone likes us, we usually like them, too.

This phenomenon is called reciprocity of liking, and in a study “participants were told that certain members of a group discussion would probably like them. These group members were chosen randomly by the experimenter.

“After the discussion, participants indicated that the people they liked best were the ones who supposedly liked them.”

9. Have a sense of humor

One of the most attractive qualities a person can have is a sense of humor, because we all want to spend time with those we can laugh with.

According to a study of 140 participants, those who were “morally focused” and less humorous were much less liked and less popular than everyone else.

10. Listen to others talk about themselves

Everyone loves talking about themselves, and Harvard researchers even found that doing so is just as rewarding as food, money, and sex.

That’s why you should listen to others go on and on about their own life for a while — it might be a little boring for the time being, but will leave them with positive memories of your interaction.