Hef maintains control even from beyond the grave. 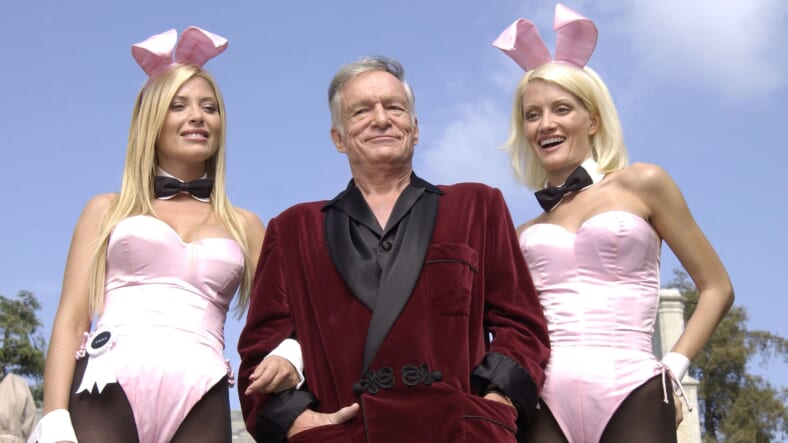 Hugh Hefner was fine with wild nights and assembly line sex with his bunnies, but apparently he was absolutely not down with excess drugs and booze.

That’s the takeaway from learning via Entertainment Tonight that the late founder of Playboy had a provision written into his will that would turn off the money faucet to beneficiaries if they had issues with substances.

That means if Hef‘s kids—Christie, Cooper, David, and Marston—or his wife Crystal ended up smoking crack or downing a handle of vodka a day, or both, they would receive nothing from the estate. At least, that is, until they could medically prove “no such use for 12 months.”

At that point trustees reportedly could use their own “discretion” to “determine that the beneficiary is able to care for himself or herself.”

One takeaway from this is perhaps Hugh Hefner made it to the ripe old age of 91 after a life of apparent pajama-clad debauchery through deceptively healthy habits.

That, or maybe he’d seen the toll substance abuse took on people and the entertainment industry and wanted to ensure it didn’t finally tank his publishing empire.