This is definitely good news. 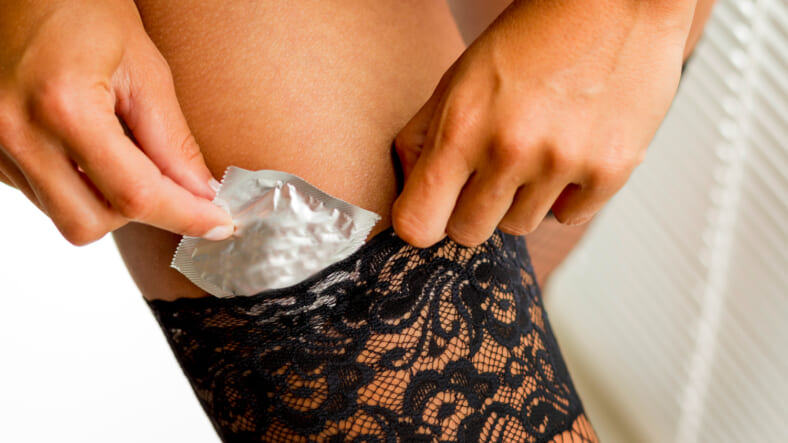 The libido-killing phrase “safe sex” just got a little hotter, thanks to a new hi-tech condom designed by Shengxi Chen, a biochemist at Arizona State University.

“With condoms, for many, many years nobody changed them. I thought, if we make something really close to skin, people would not mind using condoms.” Chen said, making a very valid point.

“Human skin has a lot of water; we call it hydrophilic. Most condoms are hydrophobic, but this material likes water,” he added. So yeah, while normal condoms just sit on your junk like a pair of ill-fitting jeans, the only thing you’ll feel with Chen’s new condom is the warm embrace of lady parts.

Even better, the material has 1.7 times more tensile strength than normal condoms, so you don’t have to worry about it breaking or anything, either. Isn’t that amazing? A barely-there condom that feels like the kiss of an angel, that won’t break even under the ‘roughest’ of conditions.

Currently, Chen is seeking funding in order to make this condom available to horndogs everywhere. “We are trying to put it to the market because I think that it is truly interesting. It’s better than the other condoms, and we don’t want this to just stay in the lab,” he said.

We don’t want it to stay in the lab either, Chen.We need those condoms in our bedrooms.