Police have a lone suspect. 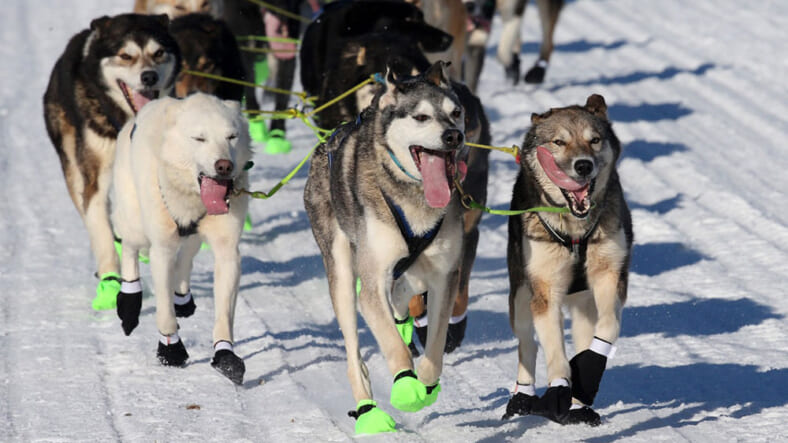 Alaska’s epic Iditarod Trail Sled Dog Race is a fearsome enough challenge on its own for the teams of sled dogs and the humans urging them along. In the last 24 hours a bizarre attack by a maniac on a snowmobile has turned the event deadly for at least one dog and injured several more.

The Associated Press (AP) reported the first attack occurred as mushers Aliy Zirkle and Jeff King passed the small village of Nulato, which is near the halfway point in the 1,000 mile race to Nome, Alaska. Zirkle and her team were the first attacked:

One of Zirkle’s dogs was injured. The snowmobiler, who hasn’t been named but was reportedly identified by a village peace officer, wasn’t done. He (or she) next targeted musher Jeff King, a four-time past winner of the race. According to the AP report, one of King’s dogs was killed and two others injured when the snowmobiler rear-ended King’s sled. King, who was treated in Nulato, claimed he wasn’t injured, according to the AP.

A report in the Alaska Dispatch News gave more detail about just how intense the experience was for musher Aliy Zirkle. “Someone tried to kill me with a snowmachine,” Zirkle reportedly said through tears.

Village authorities are still investigating the attacks, but it wasn’t clear that they had anyone in custody as of Saturday afternoon.