Watch This Hungry Sea Lion Drag a Little Girl Into the Water, Harambe-Style 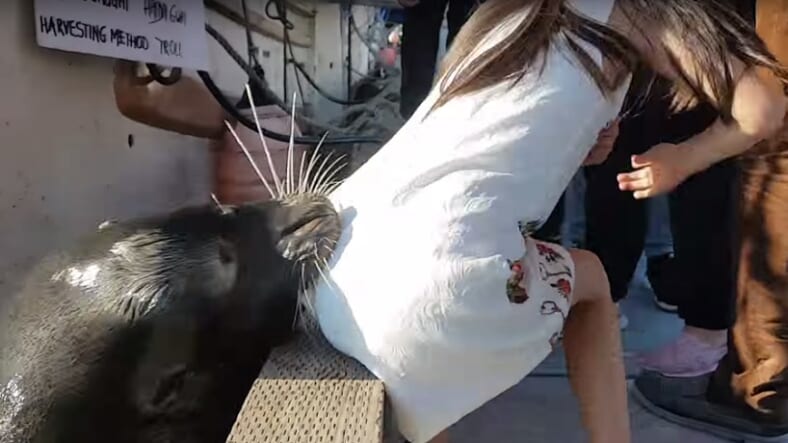 Every now and then sea lions apparently feel the need to remind humanity that the “lion” part of their name should be taken seriously. That’s one takeaway from this viral video of an unfortunate little girl who was feeding one from a Vancouver, Canada dock only to have it go all Harambe on her and drag her into the water butt-first.

The man who made the video, Michael Fujiwara, told the CBC that he thought the sea lion jumped up to “read” the little girl. Then, as you see, it decided that perhaps in her white dress she was just another big piece of bread and tried to grab a snack.

The New York Post reports and it’s clear in the video that a man immediately went to the girl’s aid and managed to get her safely back on the dock.

Little else is known about the man or the little girl as they soon left the dock.

And seriously, after watching that, who can blame them?

Lesson learned: cute as they may seem, sea lions are hard as hell and they will take your kid if you’re not watching closely enough.