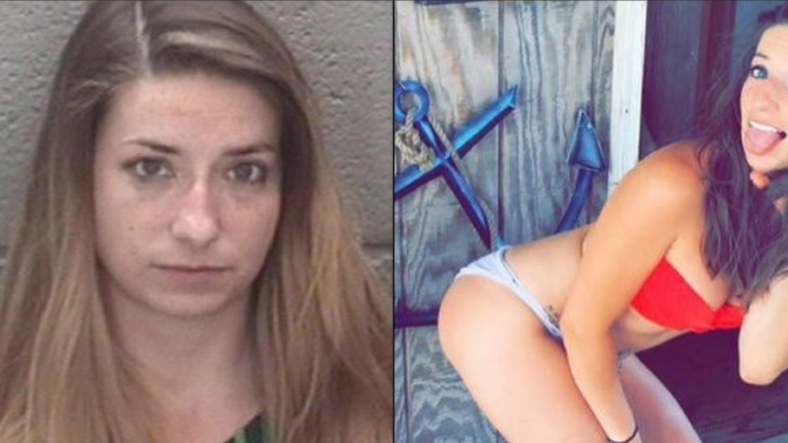 Erin Elizabeth McAuliffe, the North Carolina prep school teacher who was arrested for having sex with three of her teenage students, has become something of an internet sensation overnight in spite of—or because of—her alleged transgressions.

McAuliffe is so attractive that a couple anonymous readers who knew her in high school and college felt compelled to email photos to the guys at Barstool Sports after seeing their take on the viral sex scandal.

“I went to high school with this chick and actually talked with some of my buddys about 3 months ago about how we wouldn’t be surprised if she was smoking her students,” one reader wrote. “Sure enough, NAILED IT! (pun fully intended).”

Another email read, “Great article. I’ve attached more photos that I think could help… Also, if there’s one thing to downgrade her rating, it would be her recent cat tattoo on her leg. I’m not quite sure what she was thinking. Hope this helps.”

In one of the photos, McAuliffe appears to be wearing an engagement ring. Man, would it suck to be that guy right now.

We’ve said it before, but where the hell was this teacher when we were in high school?