The Internet Is Freaking Out About The Dirtiest, Most NSFW Birthday Cake Ever Made 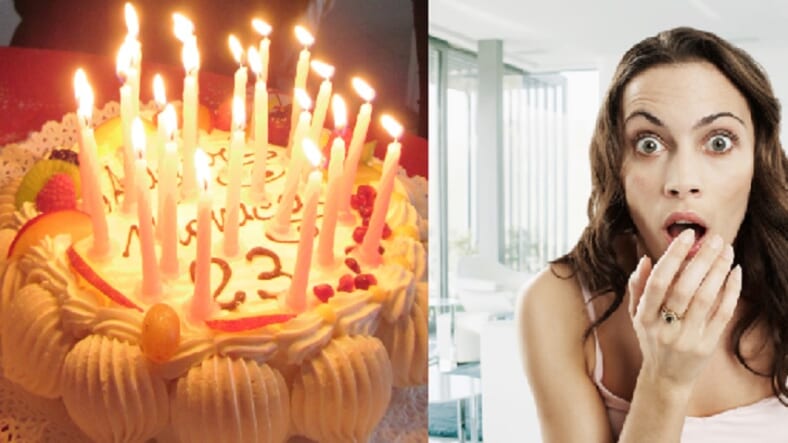 Smith, who runs LV Cake (website), delivered on the request, big time. She designed a “Thai ladyboy masterpiece,” reports LADbible, and the less you know about Thai ladyboys the better, maybe.

The cake appears to be a very realistic torso on a bed, wearing lace stockings, with the name “Jonny” tattooed on a butt cheek. Also—fair warning—disturbingly realistic-looking male junk on full display. OK, get ready to avert your eyes…

While you’re recovering from seeing that: Abi Smith told LADbible that when she “delivered the cake, it was placed on a table in a box until everyone had gathered round…” they caught Jonny’s first look at the cake on video then, which you can watch here.

Naturally everyone busted out laughing, and if you ask us Jonny looked torn between amusement and shock.

Smith went to a lot of trouble for to render such an unpleasantly realistic-looking cake, telling LADbible she even “airbrushed the poo pipe with color to get the definition.”

Can’t fault her for her dedication to craft.

Believe it or not, Smith says this is her first “explicit” cake. She also “can’t quite believe how well it’s turned out and the attention it’s getting!”

Smith really is good, check out one of her G-rated creations from her Facebook page below.

“I’d make anything if it’s what people want,” she tells LADbible.