Find out why he’s the latest target of Twitter’s outrage police. 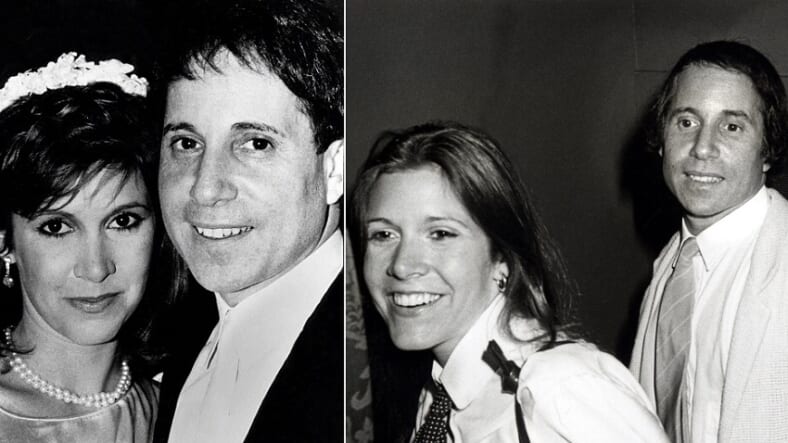 Paul Simon, one of the most talented singer-songwriters to ever pick up a guitar, was once married to Carrie Fisher, who died at age 60 on December 27th. Simon even wrote two songs about the Star Wars icon, according to Mashable: “Heart and Bones” and “She Moves On.” So you’d think he might be allowed to say just about whatever he wants regarding the beloved actress and author’s death. Unless, that is, you use the internet for anything.

On December 28, Simon’s verified account tweeted a quote from him in which he said Fisher, to whom he was married for less than a year — though they reportedly dated even after they divorced — “was a special, wonderful girl.” He also said something any Carrie Fisher fan would surely agree with: “It’s too soon.”

But because outrage is the theme for the day every day for some social media users, a few people had a problem with Simon calling his ex — whom he began dating when she was 19 and he was 36 — a “girl.” So they gave him the same bullying treatment for his word choice that likely prompted Steve Martin to delete a similar tweet made in mourning his friend.

Narcissist much. Your yesterday only? A 60 yr old woman with a lifetime of experience a "girl". wtf. Ugh. What a jerk.

That’s just a couple of examples out of thousands that go on in a similar vein. Few of them appear to even be old enough to have known Simon and Fisher were once a couple.

There were plenty of Simon defenders as well, and they made good points — this was probably the best.

As for Fisher, yes, she was a badass. And if anyone should have had a say on Simon’s words about her, it was Fisher herself. Referring to a lyric he wrote about her, she once did just that.

Carrie on one of Paul Simon's lyrics about her; RIP #carriefisher pic.twitter.com/GIt3FsFHjA

Everyone experiences grief differently. They react in unpredictable and not always characteristic ways. Paul Simon, whose music provided the soundtrack for many people’s lives in the free-loving, civil rights-obsessed 60s and 70s, was simply speaking from the heart.

He doesn’t need a badge of approval from social justice-obsessed internet flamethrowers who probably barely know who he is to do that.