Iran Just Made a Major Concession to the US

Gesture may be a sign that Obama’s diplomatic efforts are bearing fruit. 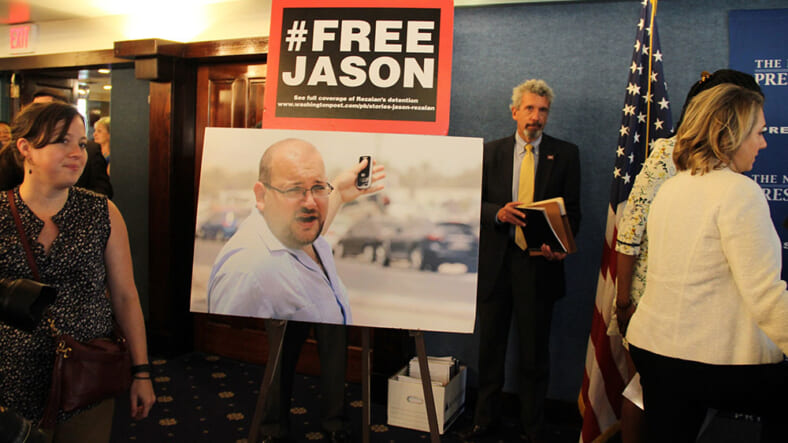 After more than 500 days in one of Iran‘s toughest prisons, Washington Post reporter Jason Rezaian will be coming home. Iranian state television announced Saturday that four prisoners with dual nationality had been released as part of a prisoner swap, reported the Associated Press.

Iran’s Supreme National Security Council didn’t name the prisoners but the AP reported “the family of one of the U.S prisoners received unofficial word from Iran that their relative was being released today.”

Jason Rezaian was Washington Post bureau chief in the paper’s Tehran office when he was arrested in July, 2014. The amiable, California-born journalist had just appeared six weeks prior to his arrest on Anthony Bourdain‘s Parts Unknown, discussing his Iranian heritage with the host.

Iran’s Revolutionary Court had sentenced Rezaian to prison in May, 2015, on vague charges he’d committed some form of espionage. Rezaian would become the most high-profile American citizen detained inside the Islamic Republic.

Iran also released Amir Hekmati, Saeed Abedini and a fourth prisoner whose identity was difficult for American media to confirm. Early Saturday it still wasn’t clear what the U.S. had agreed to in order to secure the prisoners’ release.