Idiot ISIS Fighters Blow Themselves Up While Building Bombs 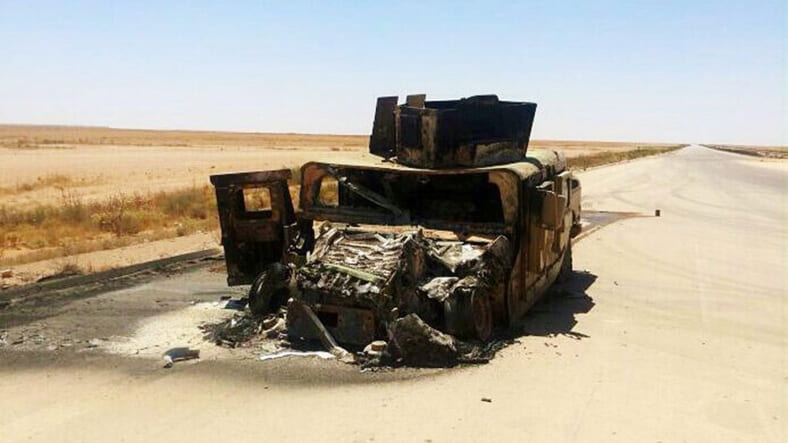 ISIS likes to blow things up, so it’s an ironic twist of fate — and to anyone who has fallen afoul of the terrorist state, just desserts — that a group of fighters would eventually find out about the perils of making bombs the hard way. According to a report from Stars and Stripes, that happened recently to nearly a dozen hapless jihadis stationed in Afghanistan:

“They were attempting to move an IED (improvised explosive device) to a crowded area of Achin, but it went off before they reached the planned place,” said Attaullah Khogyani, spokesman for Nangarhar province’s provincial governor.Twenty-one other militants were wounded, Khogyani said. There were no civilian casualties.

Stars and Stripes further reports that Afghanistan’s security forces have been facing off against Islamic State fighters for some time in a region that borders Pakistan, and the Afghan fighters have taken down dozens more ISIS operatives in recent days.

ISIS is actively working to create a permanent presence in Afghanistan but they face resistance from both security forces and the Taliban, with U.S. assistance to the government-backed fighters.

If Daesh keeps losing top men like their chemical weapons expert, it may in the end be the ineptitude of less experienced soldiers that helps put an end to their efforts. Those fighting them surely wouldn’t mind if they simply keep blowing themselves to smithereens out of sheer stupidity.