They totally “support” the militia! 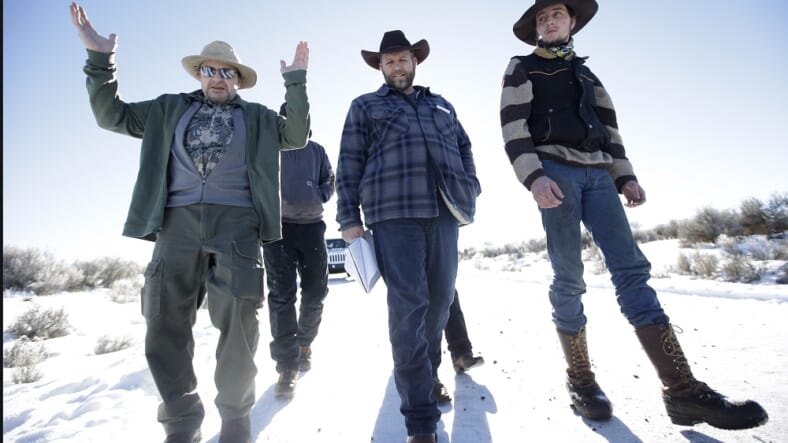 It’s touching to have support from friends in far-off places. The men and women currently occupying a government building in a remote Oregon wildlife preserve, however, may not be happy about their latest supporters, who are apparently ISIS sympathizers, if not members of the Islamic State.

“Supporters” deserves sarcastic quotation marks. The Washington Post reported that ISIS or ISIS-affiliated “support” of the anti-government protesters staked out inside the headquarters of the southwest Oregon Malheur National Wildlife Refuge is really in the interest of destabilizing the U.S. from within.

The message published on social media suggested that anyone who sympathized with ISIS could create fake accounts with names that sound American—so as not to raise suspicions—then encourage the Oregon protesters to go after other targets:

“A mass mobilization of anti-government rebels could occur,” said the message, posted to the account of a self-identified Iraqi supporter of ISIS who calls himself Abu Adriatic Irhabi. “These rebels have military experience and are trained in warfare. They may be able to degrade and destroy their corrupt, evil, and oppressive government, or at the least severely damage its operations.”

SITE Intelligence is a group that monitors jihadist behavior online and they translated the message into English.

It could be fake, but the writer showed some savvy, noting that any attempts to convert the “hardcore anti-Islamic” Malheur protesters would be futile. The writer also encouraged others to stoke a presumed racial hatred on the part of the Oregon group, though that should be done with care, as “not all are racist.”

It was uncertain as to whether any of the occupiers in the headquarters at Malheur were even aware of receiving attention from jihadists. They had other issues to attend to, as Saturday saw the arrival of the Pacific Patriot Network on the scene. The heavily-armed members of the “Network,” reported the Oregonian, said they were there merely “to ‘de-escalate’ the situation by providing security for those inside and outside the compound.”