Report: ISIS May Have a Key Radioactive Ingredient to Make Dirty Bombs 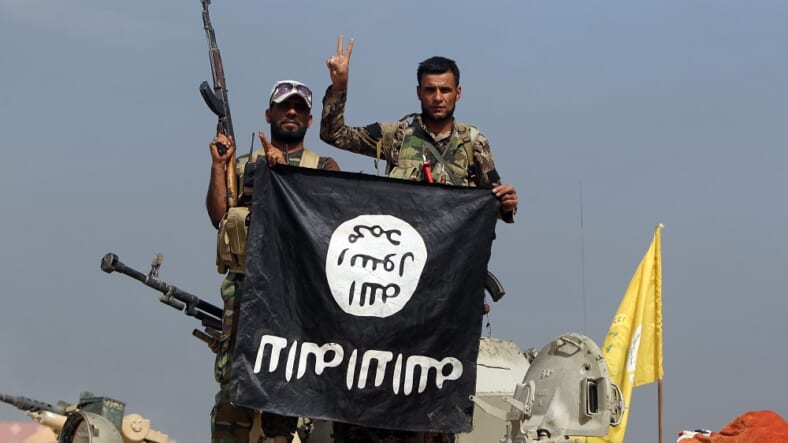 It’s a scenario where the admonition “don’t panic” seems comically ill-advised. Iraqi officials are fears that ISIS may have deadly, dangerous radioactive material which the terrorist state could use to make a so-called “dirty bomb.”

Dirty bombs are regular, non-nuclear explosives spiked with deadly radiation. A dirty bomb can certainly cause conventional damage to civilians and buildings, but they’re particularly scary in that they produce additional contamination and illness for years afterwards, even to those who attempt to clean up in the aftermath of a detonation.

Here’s what happened, according to an exclusive report published by Reuters on Wednesday:

The material, stored in a protective case the size of a laptop computer, went missing in November from a storage facility near the southern city of Basra belonging to U.S. oilfield services company Weatherford, the document seen by Reuters showed and officials confirmed.A spokesman for Iraq’s environment ministry said he could not discuss the issue, citing national security concerns.

Reuters noted that the substance in question produces gamma rays, which are often used to analyzing products used to make pipelines for oil and gas.

The U.S. Department of State told Reuters that there were no indications the materials were in Islamic State possession, but then again, there are more deadly radioactive substances missing. An unnamed US official also noted that a “specialized camera containing highly radioactive Iridium-192,” or Ir-92,  had gone missing in November.

When officials in the U.S., Britain or any major nation lose a quantity of Ir-92, Reuters reported, fears of a dirty bomb arise. Iraqi teams continue to search for the materials, and hospitals in the Basra region have been on alert since November.

It’s likely that officials who will comment anonymously and those who aren’t saying a word are all crossing their fingers that ISIS doesn’t actually have the materials—or that if the jihadis do have it, they don’t know what to do with it yet.