Lebanon Detains Vulture On Suspicion of Spying For Israel 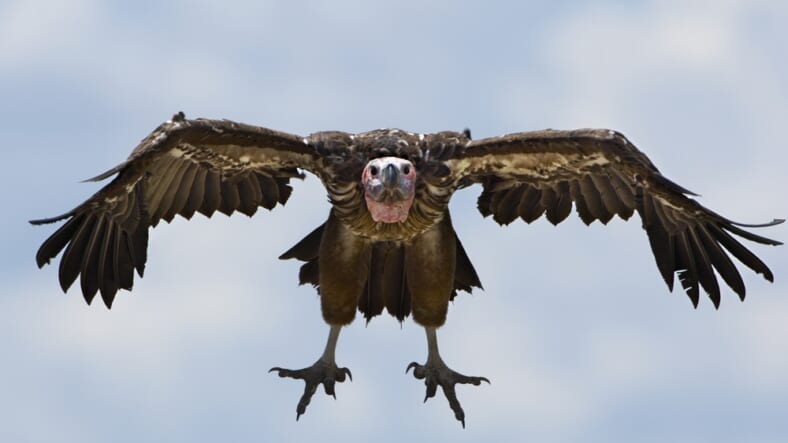 Lebanon recently detained a visitor from Israel whom they suspected of being a spy. On any given day this wouldn’t be surprising news given the longstanding tensions in the region, but this suspected spy wasn’t some jiu-jitsu trained Mossad agent with an unusually good fake passport.It was a vulture.

The tagged bird was being tracked by Israel’s Gamla Nature Reserve when it flew into Bint Jbeil, Lebanon and the hands of villagers there, who were suspicious of its Israeli tags and tracking equipment, reported CNN. Locals posted photos on social media of what they thought were the bird’s spying equipment.

It appears as though there was a good explanation for the equipment that set off the villagers’ suspicions, according to CNN:

The huge griffin vulture — which is part of a conservation project to restore the raptors in the Middle East — has a metal ring on its leg indicating it is from Tel Aviv University, tags on its wings, and a GPS transmitter attached to its tail.

The bird was eventually released, Bint Jbeil residents having determined it wasn’t really a threat after all. Sadly, naturalists have not been able to pick up the bird’s trail since.

One naturalist told CNN that while he thought it was “senseless” for the Lebanese to suspect a bird of spying, he could “understand the suspicions with the history we have in this region.”

The unfortunate vulture isn’t the first animal ever suspected of spying for Israel. In mid-2015, Hamas claimed they’d picked up a dolphin just off the Gaza coast that was outfitted with spy gear, including “a device capable of firing arrows.”

The concept of an animal conscripted to do intelligence work sounds cartoonish at first, but don’t laugh too hard at the Lebanese or Hamas on this one. There’s a fairly long history of using animal spies, with a preference for birds. In October, 2013, Smithsonian magazine published an account of the CIA’s most well-trained spies, and those included a cat, ravens, and the ever-present pigeon.

If we were going to pick an animal to suspect of spying, a pigeon sounds the most legitimate of all, because they’re everywhere. The idea does lend a whole new meaning to the phrase, “don’t feed the pigeons.”