“I feared for my life, second by second, minute by minute, hour by hour.” 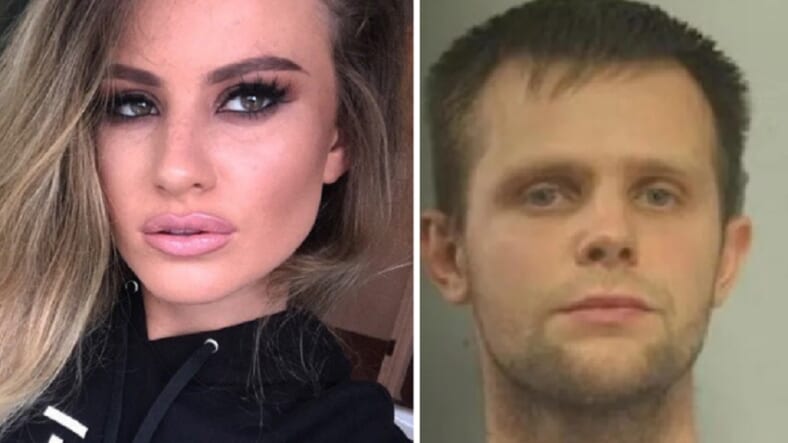 British model Chloe Ayling lived through a nightmare, and now she’s apparently ready to talk about it.

Ayling, age 20, was allegedly kidnapped in Italy by 30-year-old Polish national Lukasz Herba, who posed as a photographer. According to multiple media reports, Herba lured Ayling—fooling her agent as well—to a photo shoot in Milan on July 11th.

Once she arrived, Italian police said Ayling was drugged with Ketamine, put in a duffel bag, then taken in the trunk of a car to a cottage in a remote village north of Milan. From there her kidnappers—Herba reportedly had at least three balaclava-wearing accomplices—got in touch with her agent and asked for a ransom equivalent to $300,000 USD.

That wasn’t all—the Washington Post reported Herba photographed the drugged model and posted the pics to a secret website, asking for approximately $353,000 in Bitcoin.

However, Herba released Ayling just under a week later. The Italian paper Corriere della Sera published a report that the kidnappers said they couldn’t sell Ayling into sex trafficking because she was a mother and “unsuitable.”

Herba took her to the British Consulate where she was freed. He was arrested shortly afterward.

Speaking to the British Press after her return to London, Ayling said she had “been through a terrifying experience.”

“I feared for my life,” she continued, “second by second, minute by minute, hour by hour.”

Ayling also indicated she was “incredibly grateful to the Italian and UK authorities” for their efforts in setting her free.

“I have just arrived home after four weeks,” she concluded, “and haven’t had time to gather my thoughts. I am not at liberty to say anything further until I have been debriefed by the UK police.”

Details from Herba’s confession suggested he has been part of something straight out of a nightmarish crime drama.

He claimed a connection with a criminal network called “Black Death Group” which reportedly “trafficks in drugs, guns, bombs and sex slaves in shadowy Bitcoin transactions within the hard-to-trace recesses of the so-called ‘dark web.'”

There’s a chance, however, that he was working with just a handful of accomplices and used Black Death Group to try and scare Ayling into silence after her release.

Fortunately for any future victims that might have fallen prey to predators like Herba, Chloe Ayling had the guts to call his bluff.