You can own the epic letter that kick-started the Beat Movement. 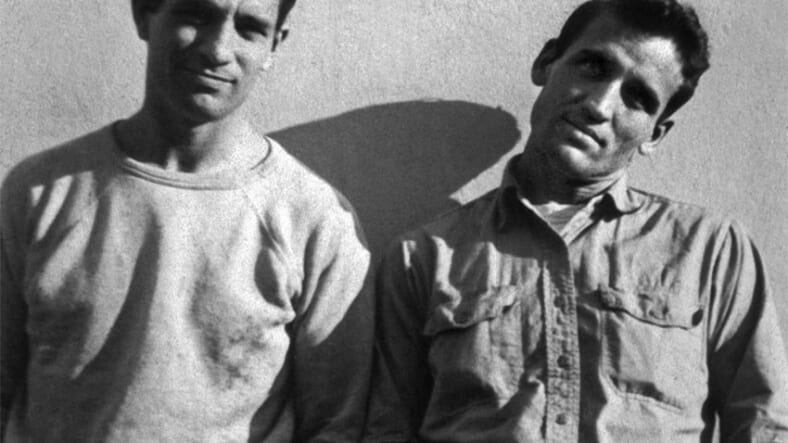 Jack Kerouac was the leading author of the Beat Generation and the man who sparked him on the fiery path that led to his On the Road was Neal Cassady. And Cassady’s electrifying storytelling ability is on full display in what Beat historians have come to call “The Joan Anderson Letter.” The same letter, thought lost for decades, is now up for auction at Christie’s.

Post World War II-cool may have been defined by the Beats. A loose collective of ambitious, grubby literary types, drug addicts, and all-around wild men, the Beats shook up the late 40s and 50s with a new breed of literature, inspired by the wild rhythms of jazz and free of the stodgy literary pretentiousness that afflicted so many poets, novelists, and even journalists before them. If there was a first true Beat, Kerouac would’ve said it was Cassady.

The highly informative listing for “The Joan Anderson Letter” on Christie’s website details how this valuable document was lost and then found again:

As with many documents of the era, the “Joan Anderson Letter” traveled a complex path through many hands. For the majority of the last 66 years it was considered lost. [. . .] and the story was born—perpetuated most emphatically by Kerouac—that it had been lost over the side of Stern’s boat.  In fact, Cassady’s letter had been preserved in the files of the Golden Goose Press, owned by [poet Allen] Ginsberg’s and [lit agent Gerd] Stern’s friend Richard W. “Dick” Emerson. The Golden Goose Press was known for publishing some of the finest poets of the period, and for making audio recordings of their readings. Emerson placed the envelope containing the letter on his “to read” pile. Never opendd, or merely neglected, it remained untended until its discovery in 2012.

The iconic letter was just barely saved when an inheritor of old files from Golden Goose press discouraged someone else from burning them and began thumbing through the papers.

As Christie’s values this seminal Beat document as somewhere between $400,000 – $600,000, it looks like after years molding in storage, those Golden Goose files may have yielded one serious golden egg.

Seriously, though—the Beat Generation established an ethos of timeless cool that continues inspiring poets, authors, musicians, and filmmakers today. To end up the keeper of that kind of flame is totally worth whatever Christie’s is asking buyers to spring for it.